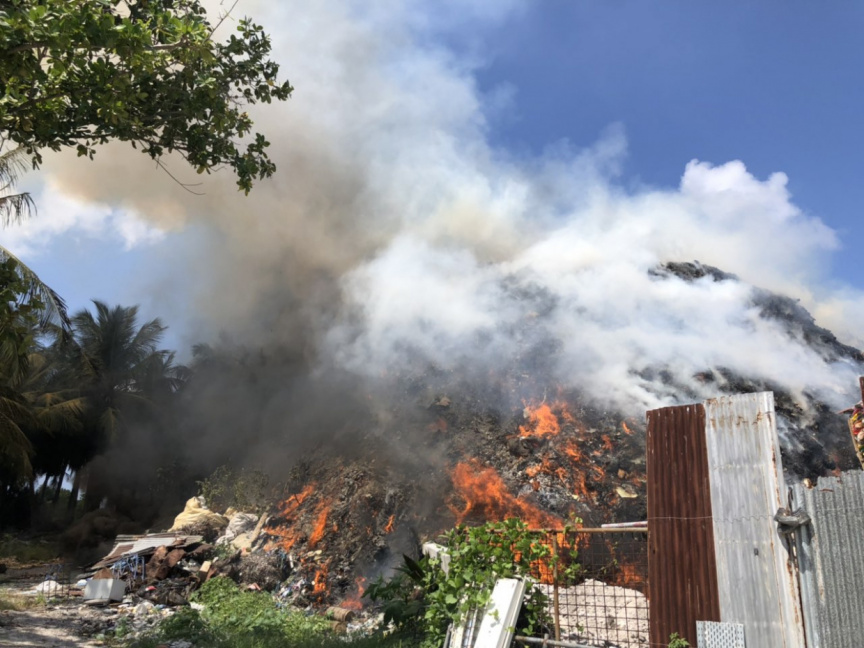 Firefighters are engaged in combatting a fire which broke out at the waste disposal area of Fuvahmulah City this Tuesday.

The fire was reported to the authority at 9:48 am.

Deputy Mayor of Fuvahmulah City, Mohamed Lirar reports the waste disposal area of the city is situated beyond the beach to the North of the Fuvahmulah Airport, and is not too far away from a residential area.

“The current wind direction is blowing the smoke away from the residential area. But residents will be affected by the smoke if the wind changes direction,” said Lirar.

Lirar reports the fire broke out from a pile of waste which had been lying in the area for years, and most likely resulted from the bottom pile heating up.

Ministry: Scars on deceased man from being chained up