Helmet regulation to kick in at midnight 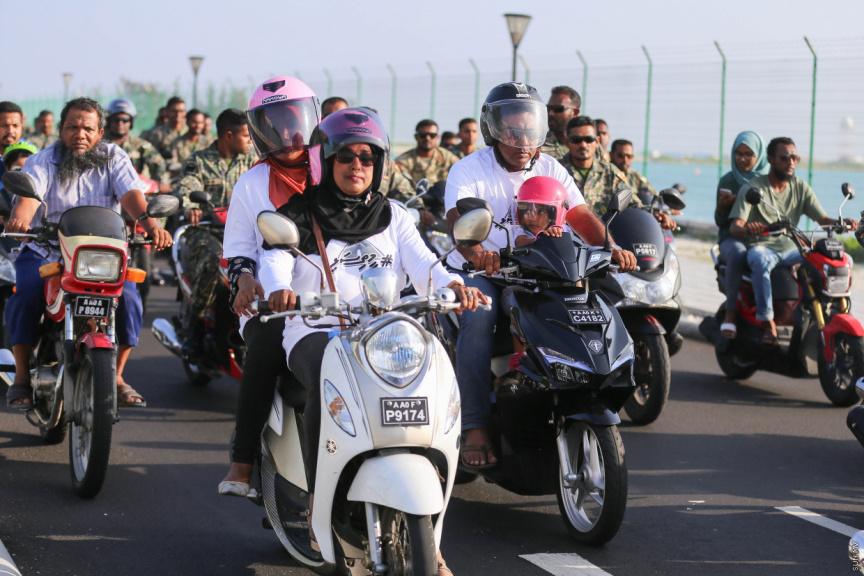 New regulations making helmets compulsory over the Sinamale’ Bridge and the Hulhumale’ Highway will kick in at 00:00 hrs on March 10, reports Ministry of Transport and Civil Aviation.

State Minister of Transport, Ahmed Adil has confirmed the new regulations will kick in at midnight.

“Police will stop anyone who gets on the bridge without a helmet after midnight. But penalties will be enforced starting from April 1,” said Adil.

Adil stressed that both the driver and person on the backseat of motorcycles are required to wear helmets.

He said that the Ministry of Transport and Civil Aviation made the decision to postpone enforcement of penalties to provide more time for citizens to ensure they acquire helmets which fit the standard announced by the authority.

Helmets have been made compulsory via an amendment to Section I of the Regulation on Speed Limit for Land Vehicles.

The amendment makes it compulsory for people travelling via motorcycle on streets and areas with a speed limit exceeding 30 km/h to wear helmets.

The speed limit for the Sinamale’ Bridge and Hulhumale’ Highway which connects Male’ City, Hulhumale’ and Hulhule’ is 25-50 miles per hour.