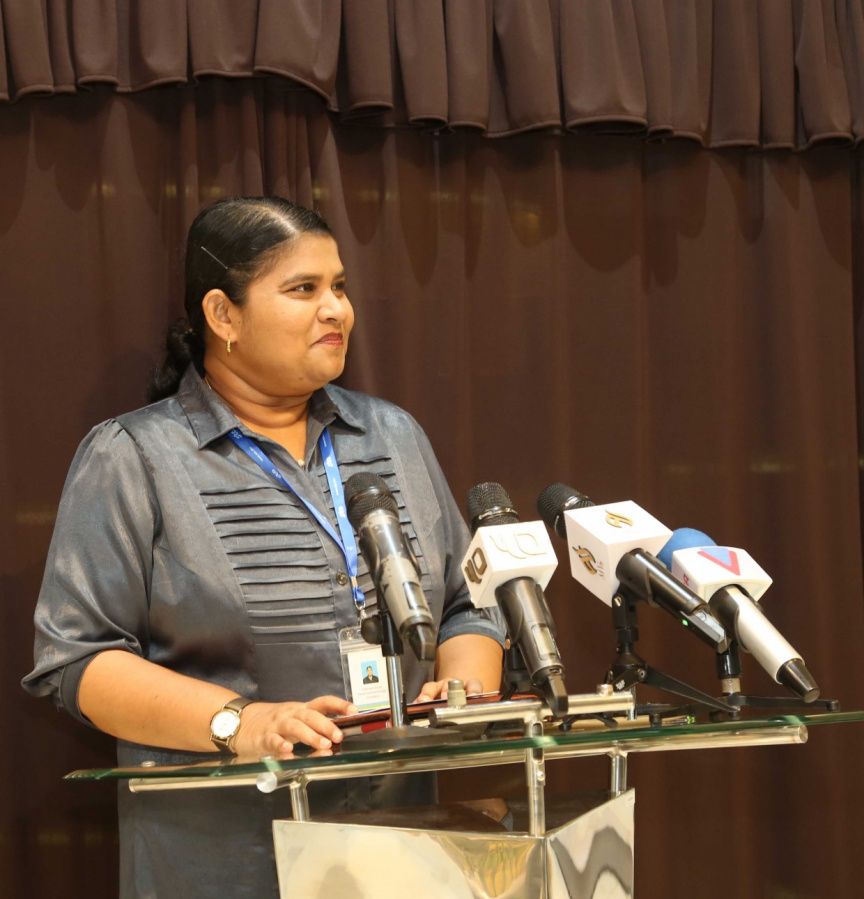 Fathimath Aashaan: She was transferred from STO and appointed Deputy CEO of MIFCO on February 20, 2019. (File Photo/STO)

Long-term employee and Senior General Manager of State Trading Organization (STO), Fathimath Aashaan has been transferred to Maldives Industrial Fisheries Company (MIFCO), and two heads of departments at STO have been dismissed in a major re-shuffle of the senior management of the organization.

Aashaan reported to ‘Sun’ she was transferred to MIFO as Deputy CEO of the company last Wednesday.

An official from STO who spoke to ‘Sun’ said the organization was in the middle of a re-shuffle to increase the efficiency of its management. The official confirmed the dismissals were part of the effort.

The two head of departments dismissed from STO are: