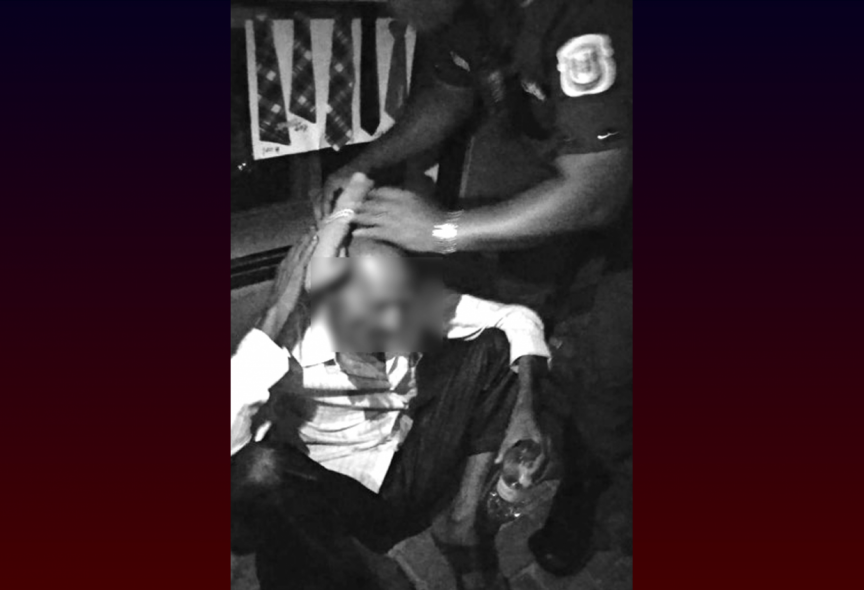 A police officer attends to the man who suffered head wounds after getting hit by a cutting board which fell from the ninth floor of a building in Male' City on February 17, 2019. (Photo/Reader Contribution)

A man has been treated for head wounds after getting hit by a cutting board which fell from the ninth floor of a building in Male’ City last Sunday night.

The building, Kandhumaage, from which the cutting board fell is located in the Galolhu district of Male’ City and shares the same alleyway as Cyryx College.

The incident was reported to the Maldives Police Service at 11:34 pm.

A media official from MPS reported the man sustained two cuts to the back of his head and a bruised elbow.

“This incident took place when a cutting board fell out just as a resident at the ninth floor of G. Kandhumaage opened the sliding window near the kitchen cabinets,” said the official.

A ‘Sun’s correspondent at the scene reported seeing blood on the ground and the cutting board lying fallen on the motorcycle parking zone in front of the building.

The man injured in the incident has now been discharged after treatment at the ADK Hospital.

While the man hit by the cutting board escaped with non-critical head injuries, a similar incident in Hulhumale’ last Sunday evening, when a block fell from a construction site and hit a Bangladeshi man in the head, proved fatal.