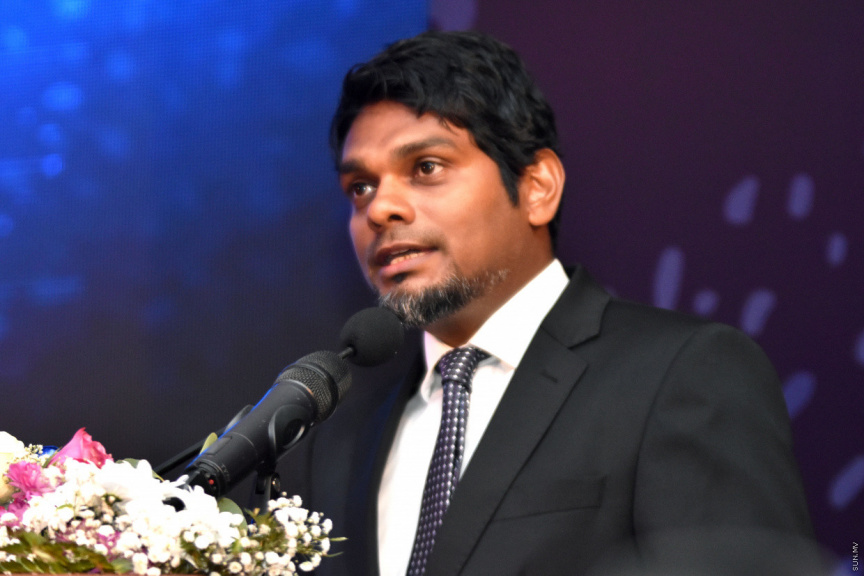 Speaking during an interview to RaajjeTV, Amr said STO was owed a large amount of number in exchange for sale of its products for State projects.

“The thing is, STO supplies fuel to Fenaka because otherwise, islands won’t have electricity. We need to supply fuel to MIFCO. We have yet to receive payment from MIFCO. But MIFCO needs the fuel to continue to exist, because otherwise, it won’t be able to purchase the fish caught by fishermen,” said Amr.

He said that the STO has filed several lawsuits to force the companies to make their payments, and many more remain to be filed.

Amr said the STO currently imports fuel to the country funded through a high-interest loan. And that its profit over the past four-five years have been tied up elsewhere.

“We have no way of getting the money. From where do we produce MVR 2.4 billion. This is our biggest problem. This is why we are unable to enjoy our profits,” said Amr.

He said that many of STO’s trades were conducted at a loss, save for its fuel trade. But that the fuel trade had been riddled with mismanagement over the past years, such STO supplying fuel to several companies at a lower rate than the rate suppied to Fuel Supply Maldives (FSM).

“There hadn’t been any systematic or regulatory process. This has resulted in several heavy losses. We have lost several large amounts we have no hope of recovering,” said Amr.

He said STO was owed money by companies in amounts ranging from MVR 40 million to MVR 60 million for supply of fuel on temporary credit with no security, which they had no hope of recovering.