PO launches a portal to report acts of corruption anonymously 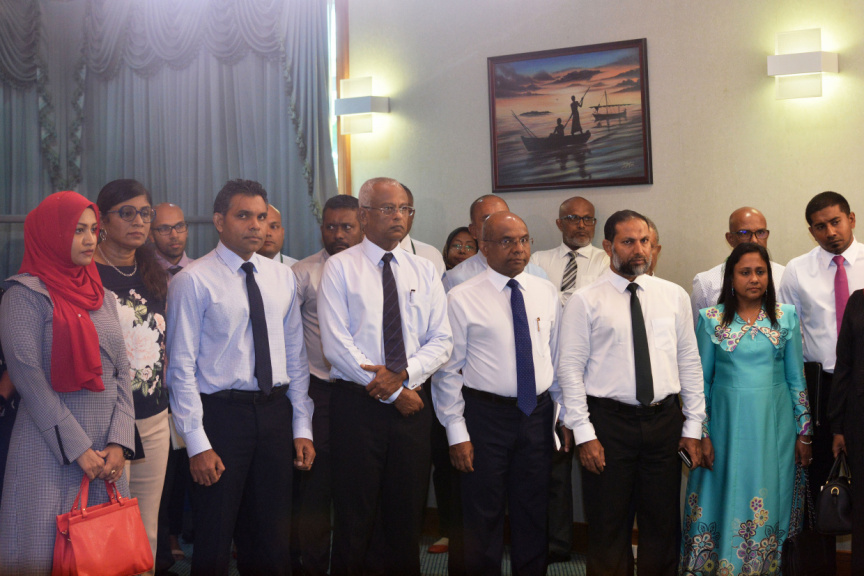 Inauguration of the Zero Tolerance to Corruption campaign at the President's Office on February 12, 2019. (Sun Photo/Ahmed Awshan Ilyas)

President’s Office, this Tuesday morning, launched a portal through which whistleblowers can send in reports of acts of corruption anonymously.

The portal was launched in a function held at the President’s Office to inaugurate Maldivian administration’s Zero Tolerance to Corruption campaign.

The portal launched this Tuesday is a whistleblower software developed by GlobalLeaks. The software is utilized by anti-corruption commissions across the world and international organizations such as the Organized Crime and Corruption Reporting Project (OCCRP) and Amnesty International, and has been used in over 60 projects.

The identity of the people who report acts of corruption via the portal are protected by anonymity and the documents attached to the reports are secured through PGP encryption.

Whistleblowers who use the portal also have the option of disclosing information of witnesses, and will receive a code through which they can track the progress of the case and submit additional evidence later on.

The number of reports which can submitted by a single whistleblower is limitless.

State earns an income of MVR 2.1B in January