President: Congestion in Male’ City is the result of centralization 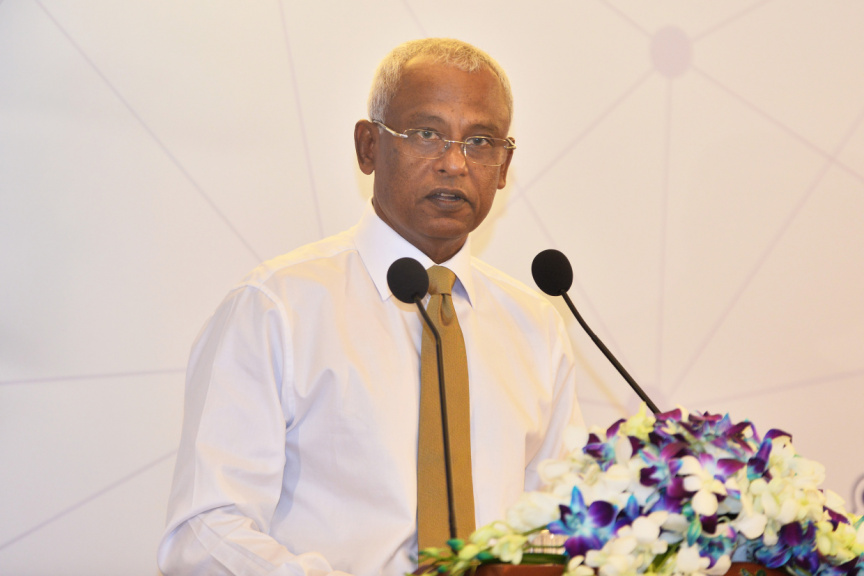 President Ibrahim Mohamed Solih speaks during the inauguration of the national symposium on city and atoll councils at Hotel Hen on February 10, 2019. (Sun Photo/Ahmed Awshan Ilyas)

Congestion and many of the social issues facing Male’ City is the result of age-old practice of centralization in governance, says President Ibrahim Mohamed Solih.

Solih made the statement during the inauguration of the city and atoll council symposium at Hotel Jen this Sunday morning.

During his speech at the inauguration, Solih said that no one could dispute with the fact that Maldives needed to change its economic focus in light of current pace of economic development and the trend of population increase in Maldives.

He said that unless Maldives changed its economic focus, an unsustainable 60 percent of the total population will be living in Male’ City by 2050.

He stressed the forecast was alarming and must be prevented.

“This also gives rise to multiple social problems. The origin of congestion and many of the social problems facing Male’ City is the age-old practice of centralized governance,” said Solih.