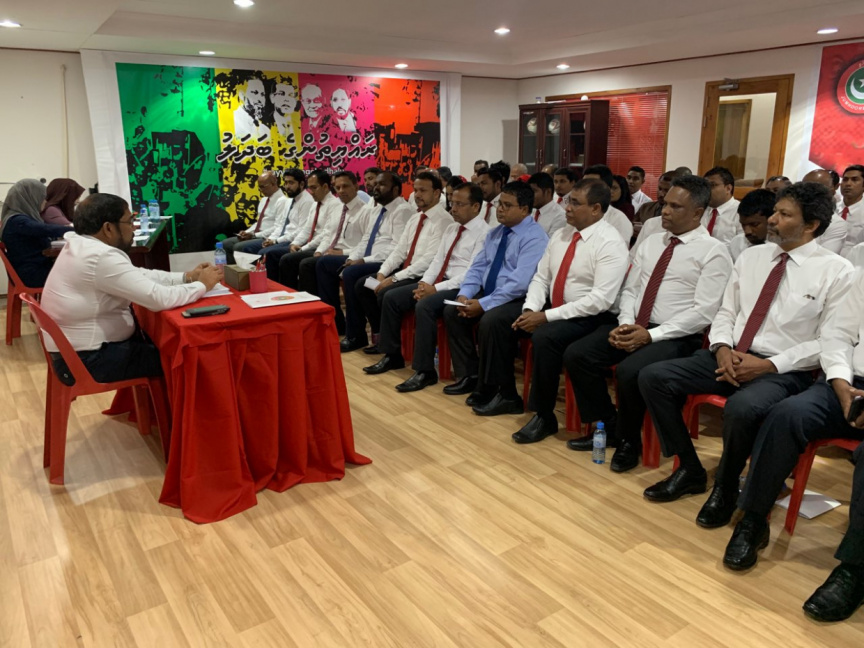 Inside a JP council meeting.

In light of the up coming Parliamentary Election in April, 97 people have expressed their interest to run in the election on the Jumhoory Party (JP) ticket.

The opportunity JP opened for individuals interested in running for parliament on the JP ticket on 23 December expired today.

SPokesperson of the Jumhoory Party, Ali Solih told Sun Media today that 97 people have expressed their interest to run in the election on the JP ticket and the selected candidates will be announced soon after evaluation. He said that the decision will be made by the party council and decide whether a primary will be held.

While the interested constituencies are unclear at this time, the main party of the government coalition, MDP, has selected their candidates running in 86 constituencies.

Climate change – a threat to very existence of Maldives