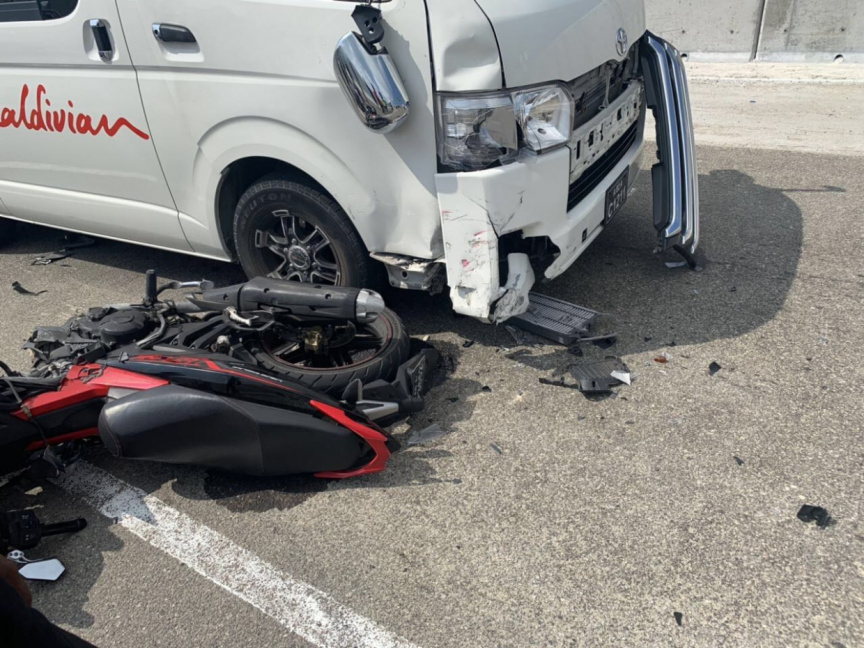 Scene of the traffic collision at Hulhle' on the morning of 25 January 2019.

A man has been injured in a traffic collision between a motorcycle and a car in Hulhale’.

Police Media Official said that incident that occurred near the old jetty of the airport involving a vehicle of Maldivian and an employee at the airport on the motorcycle was reported around 10:30 a.m this morning.

The injured man has now been taken to Huhumale’ Hospital according to the police.

Spokesperson of Aasandha, who manages the Hulhumale’ Hospital, Ashiya Solih, said that the man brought to the hospital following the traffic collision had a dislocated knee. However he is in stable condition and is being treated at the hospital.