Adeeb being transferred back to prison 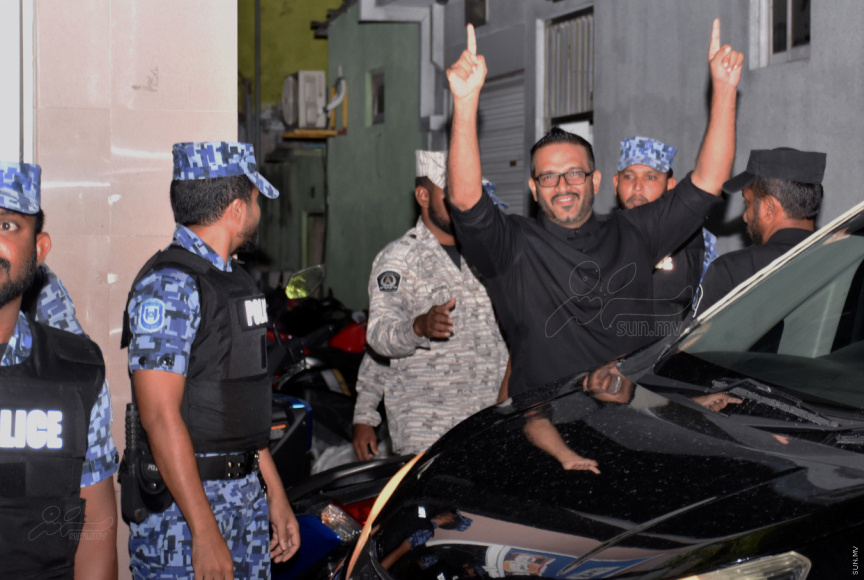 Maldives Police Service has confirmed it is assisting Maldives Correctional Service to transfer Adeeb back to prison this Saturday.

Adeeb, who recently underwent surgery, was transported from Maafushi Prison to IGMH on January 5.

In a tweet this Saturday, Adeeb’s spouse, Mariyam Nashwa accused Minister of Home Affairs, Sheikh Imran Abdulla of attempting to transfer Adeeb back to prison without completion of his treatment at the hospital.

Adeeb underwent surgery to remove stones from his kidney on November 19, 2018, and was transferred to house arrest on November 27, 2018.

During the time under house arrest Adeeb signed with the newly formed political party Maldives Third-Way Democrats (MTD) and was elected interim leader of the party – a decision which Elections Commission (EC) says is void as any person serving a sentence is banned from any position in a political party expect for general member under Prisons and Parole Act.

He was transferred back to prison on January 2 by Maldives Correctional Service, citing violation of the agreement for his house arrest.

Adeeb has been sentenced to a total of 33 years in prison for terrorism and embezzlement.