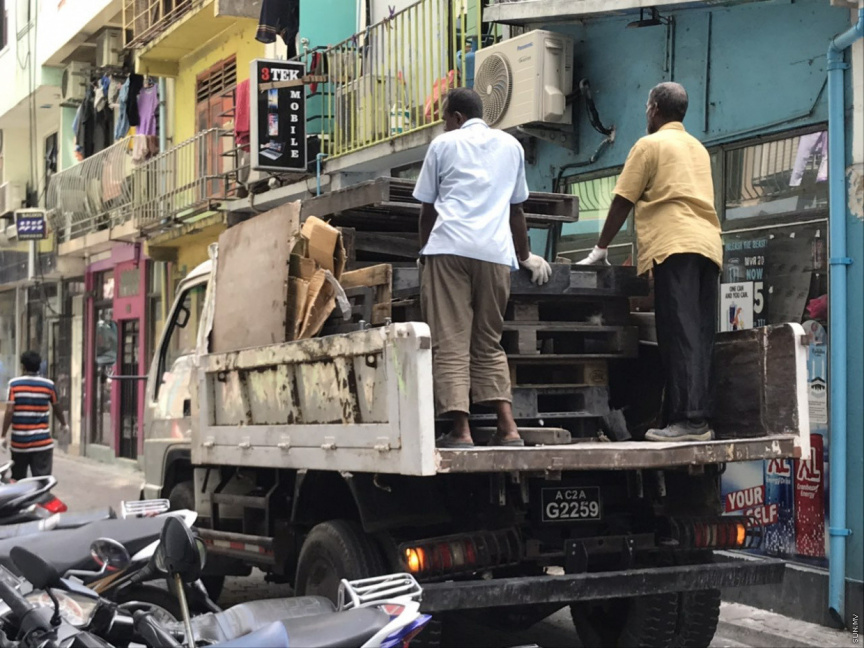 Male’ City Council has started removing pallets on the streets of Male’ City following complaints of it posing a nuisance to the general population.

Shareef said the council had received multiple complaints the pallets posed a public nuisance, and sometimes resulted in injuries to pedestrians.

“The only ones we won’t remove are the ones in front of clinics, garages, and areas with no pavements – for example if residents of a certain house don’t have a pavement at the entrance,” said Shareef.

Shareef noted that pallets were banned from the streets of Male’ City under the current regulations, but said a special regulation will be established via which clinics, garages and similar places will be issued permission to use pallets.

He said that some of the complaints submitted to the council included cases of bruises and cuts resulting from people stepping on rotted or damaged pallets.

Fire breaks out at Reethi Beach; electricity out