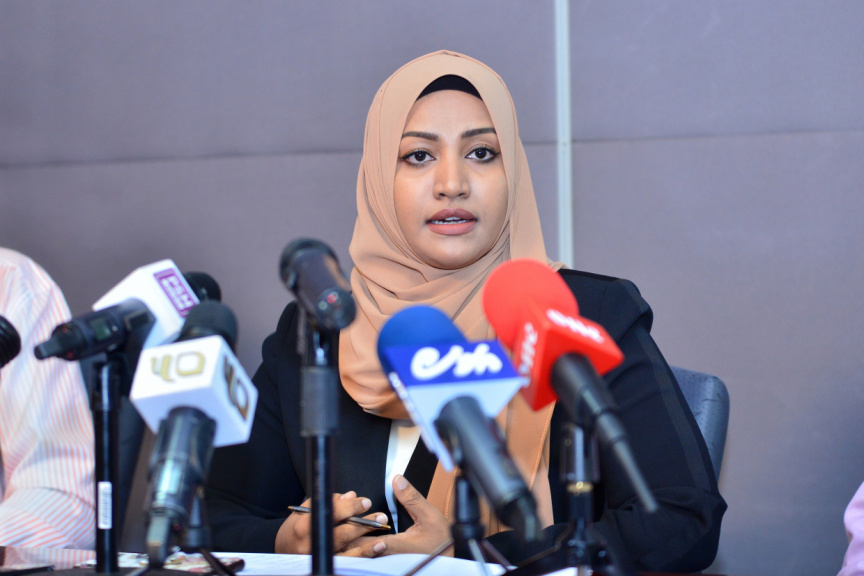 Ministry of Transport and Civil Aviation has announced the decision to consolidate public bus transport services in Male’ City, Hulhumale’ and Hulhule’ under one roof - to Maldives Transport and Contracting Company (MTCC).

The decision was announced by Minister of Transport and Civil Aviation, Aishath Nahula, at a press conference this Thursday afternoon.

“There are some inconveniences in having bus services provided by both MPL and MTCC. And this concern has been raised by a large number of members of the general public. So the strategy we have in mind is to consolidate it and put it under one roof. I announce our decision to transfer bus transportation services to MTCC,” said Nahula.

Bus transport services over the Sina-Male’ Bridge was assigned to Maldives Ports Limited (MPL) by the previous Maldivian administration.

“Pooling it under one roof with increase the efficiency,” said Rafeeu.

Assistant Director of Transport Authority, Hussain Nazeer said the fleet of buses in the Greater Male’ Area will be consolidated with additional buses from MTCC, using which the company will be able to increase the frequency of bus services.

“MPL is using over 20 buses. And MTCC has additional buses. So the frequency will be increased,” said Nazeer.

Parliament to open for year 2019 on February 7