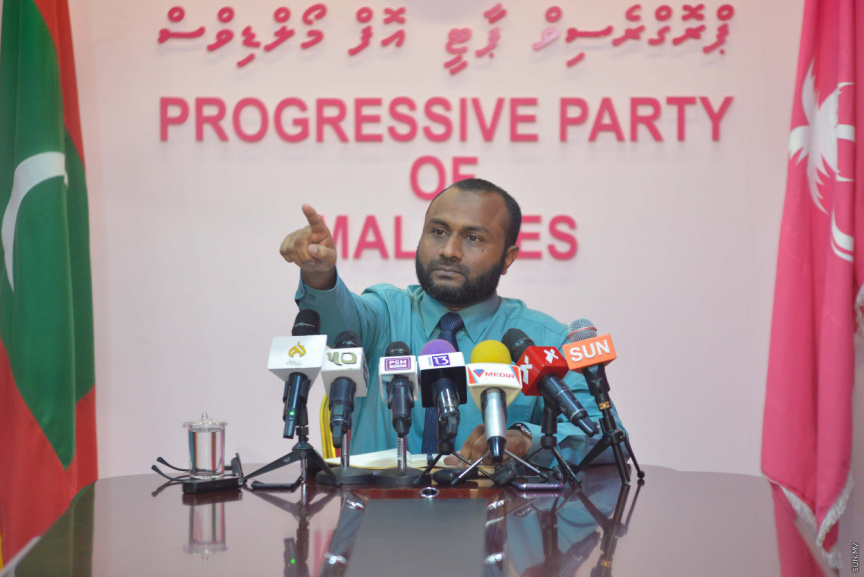 Dr. Shaheem has hinted he may join the Maldives Reform Party (MRP), which recently received permission from the Elections Commission (EC) and launched its work to officially register as a political party in Maldives.

Speaking in a TV interview for the first time since his election loss on September 23, 2018, Dr. Shaheem said he left the former ruling party, PPM, last week.

He said he has not yet decided which party he will join next.

“It’s, right now, a bit difficult to make the decision on which political party’s member I will be, because I am leaving abroad for a job posting abroad within the next two days,” said Dr. Shaheem, speaking in the interview to VTV last Tuesday night.

Dr. Shaheem disclosed that he has received invitation to join MRP – founded by one of his closest friends, the former Adhaalath Party (AP) council member Sheikh Mohamed Didi.

He said the invitation was under consideration.

“He worked closely with me in all my political work in the past. We share close brotherly ties to the level that saying I have no link to something he is doing isn’t plausible,” said Dr. Shaheem.

He described Sheikh Mohamed Didi’s MRP as a movement to bring about Islamic reform. And said he wished Mohamed Didi success in his efforts.

“I will stand by him, whatever the circumstance. He stood by me whatever circumstances I faced. So, In Sha Allah, there will never come a time we should have to part ways,” said Dr. Shaheem.