Yameen: Million dollar deposited to escrow account was a cheque bought from Zameer 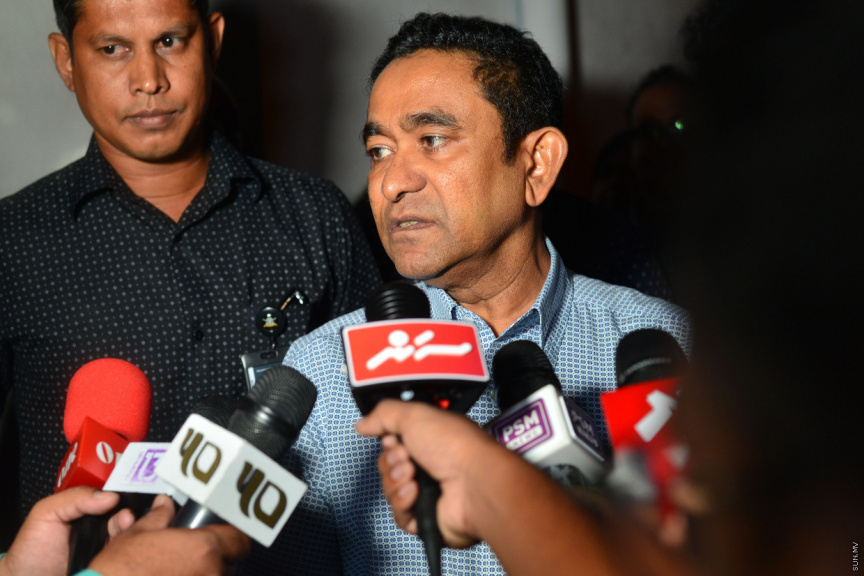 The former President said that an agreement was made between himself and the Anti-Corruption Commission (ACC) since the USD 1 million deposited to the President’s account at the Maldives Islamic Bank by SOF company is believed to have come from the embezzlement of the Maldives Marketing and Public Relations Corporation (MMPRC). Under the agreement, Yameen had opened an escrow account at the Bank of Maldives and deposited 1 million USD.

After spending six hours at the police headquarters to sign a statement in the suspicion of money laundering against him, the former President talked to the press stating that the money at the escrow account came from a cheque he bought from the former Tourism Minister and it is not the SOF money deposited to his account at MIB.

When Sun Media asked if he got a cheque from the tourism minister, ex-President Yameen confirmed it to be true stating that he bought the cheque for USD in local currency to be deposited to his account. And that money went to the escrow account and has no relation to the money at the MIB account.