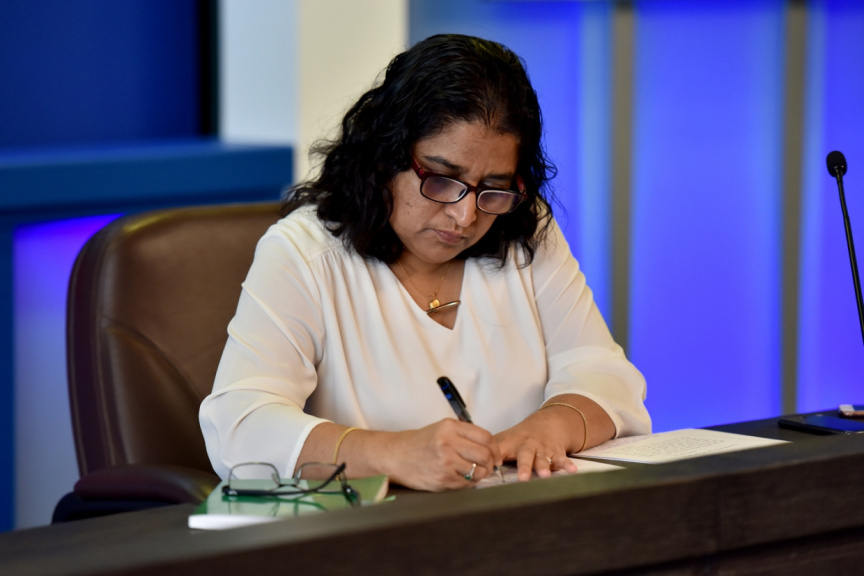 The former Minister of Legal Affairs at the President’s Office during former President Abdulla Yameen Abdul Gayoom and Deputy Leader of former ruling party – Progressive Party of Maldives (PPM), Aishath Azima Shakoor has been questioned by Maldives Police Service for a second time.

MPS says Azima was brought in for the second session of questioning at 4 pm last Tuesday.

The agency only said Azima was questioned for investigation into an ongoing case. And declined to comment any further.

Former Attorney General, Azima has been unavailable for comment regarding the latest summons.

Azima was brought in for the first session of questioning last Sunday. The MPS reported at the time that she is under investigation for a possible link in a money laundering case and providing false information to State agencies.

Azima is the legal representative for former President Yameen who is under investigation two transfers of USD 500,000 (totaling USD 1 million) made from a private company to his personal bank account at the Maldives Islamic Bank (MIB) three days apart in 2015. The Anti-Corruption Commission (ACC) has traced the transfers to funds missing in the Maldives Marketing and Public Relations Corporation (MMPRC) embezzlement scandal.

3 Maldivians arrested in India for link to mafia