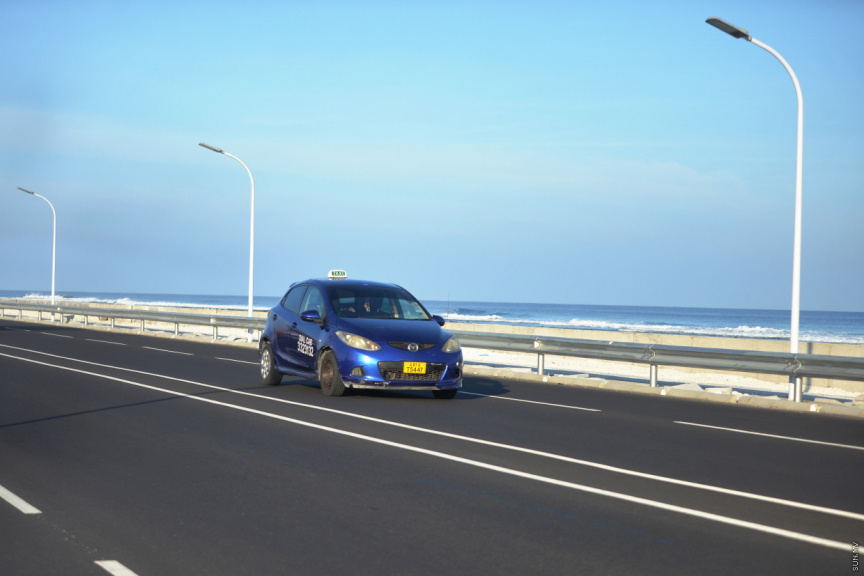 A taxi heads from Hulhumale' to Male' City. (File Photo/Sun)

Authorities have suspended the program it launched last Sunday to monitor and penalize taxis which overcharge clients for transport over the Sina-Male’ Bridge.

“Some 40 or so taxi drivers met with the minister today. They raised the concern that the rates established by the Transport Authority were too low. That they cannot provide their services for the rates. And in light of the concerns, the minister made the decision to revise the rates. And to suspend the current program to monitor taxis,” said the official.

The official said the Ministry of Transport and Civil Aviation will hold a public forum to listen to concerns by both the public and local taxi service operators before revising the taxi rates.

“The drivers said the rates were previously set without any prior discussion with them. The new rates will be determined after taking their concerns into consideration. So that it poses no problem to either the public or taxi drivers,” said the official.