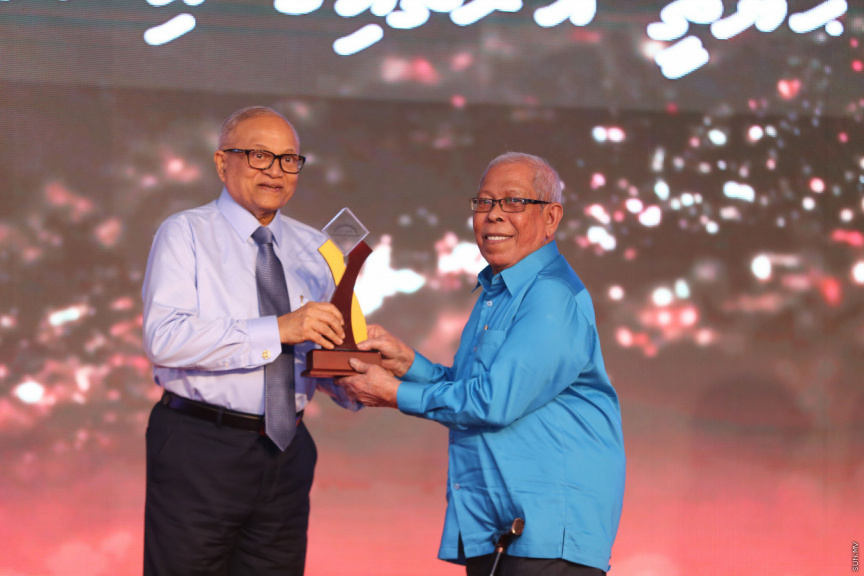 After decades of service to Maldivian literature and journalism, the public's favourite linguist, Abdulla Soadhiq (Soadhube), has won the Lifetime Achievement Award at the Diamond Jubilee ceremony of Maldivian Journalism.

The Award was presented by the former President, Maumoon Abdul Gayoom, at the special function in commemorate 75 years of Maldivian journalism and the Journalism Awards for the year 2017, held at Dharubaaruge last night.

Winners of the Journalism Award are:

The two nominees for the Sports Journalist of the Year tied in scores and so both of them received the award. They are Azzam Alifulhu (Mihaaru) and Hussain Habeeb (Avas).