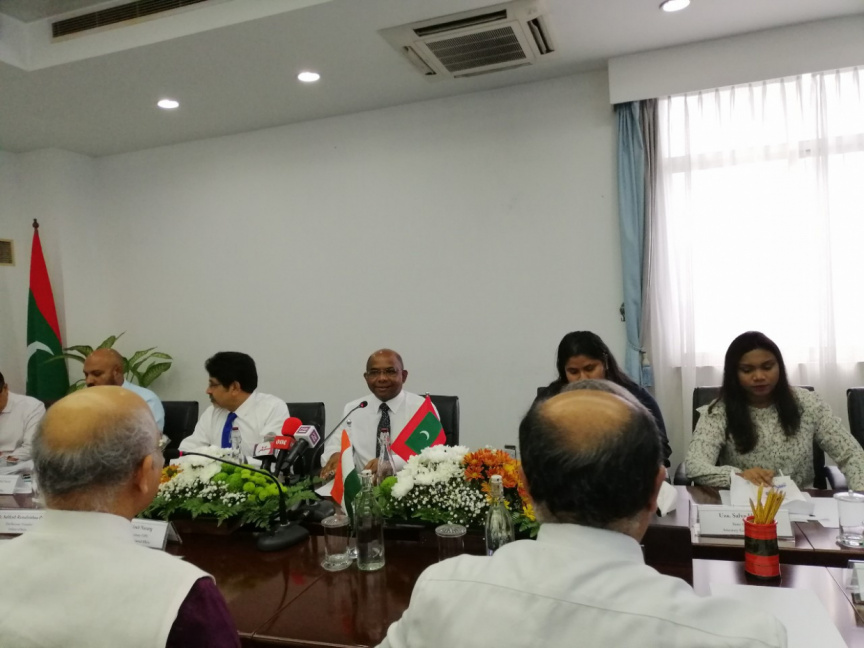 The 2nd round of Maldives-India Consular Talks which began in Maldives this Tuesday will focus on finding solutions to issues faced by Indian migrant workers, says Maldivian Foreign Minister.

Opening the 2nd round of Consular Talks, Foreign Minister Abdulla Shahid said the two governments are working on taking its long standing ties to a whole new level.

“There are thousands of Indian nationals in Maldives. We, and our economy enjoy their contribution. We will discuss solutions to the issues they face in Maldives,” said Shahid.

Easier access to visa was also one of the topics under discussion during Shahid’s visit to India in November. The minister has announced a new visa agreement will be signed during President Ibrahim Mohamed Solih’s visit to India next week.

At the opening of the 2nd round of Consular Talks this Tuesday, Indian Ambassador Akhilesh Mishra stressed the long standing close bilateral ties between Maldives and India, and said the talks was crucial to furthering the ties.

“India will always be here for Maldives. Maldives is special to India,” said Mishra.

The Indian delegation which arrived in Maldives last Monday for the talks is headed by the Joint-Secretary at the Ministry of External Affairs of India, Amit Narang.

The 1st round of Maldives-India Consular Talks was held in New Delhi, India, on October 24, 2017.

Govt. denies Dhapparu is to be an Indian settlement