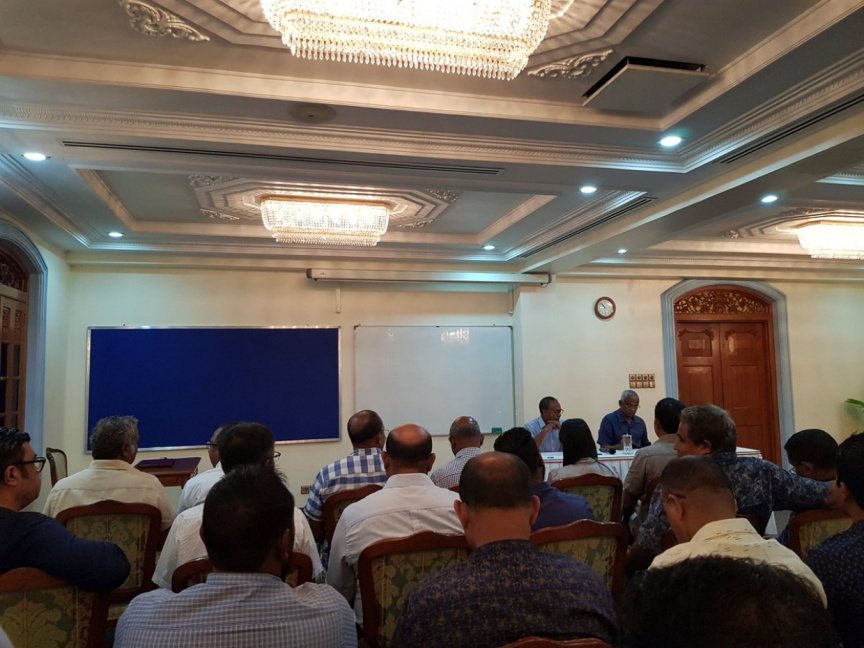 MDP’s Chairperson, Hassan Latheef reported to ‘Sun’ this Tuesday morning that the meeting was held at Solih’s request, but did not disclose any details regarding the meeting.

Solih, the highest authority of MDP, did not attend the last national council meeting which passed a resolution by Leader of MDP, former President Mohamed Nasheed to compete for all 87 seats in the upcoming parliamentary elections.