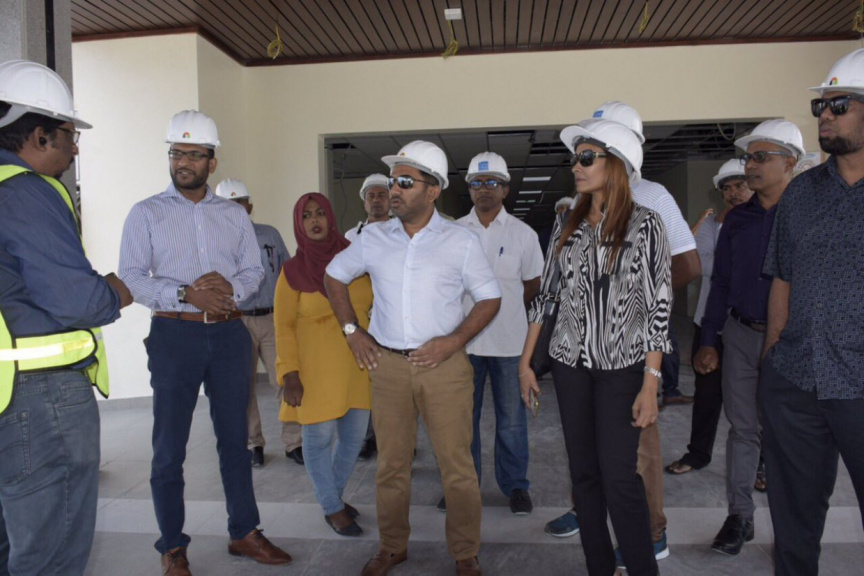 Health Minister, Abdulla Ameen, has said that the plans for the Tertiary Hospital in Addu City needs to be changed.

On his ongoing visit to Addu City, the Health Minister visited the former ECC being developed as a Tertiary Hospital and said that changes have to be made for a long term plan.

Minister Ameen said that this government would make the dreams of the Addu people in regards to the Tertiary Hospital, a reality. The Minister also visited the Hithadhoo Regional Hospital to observe the new addition to the building.