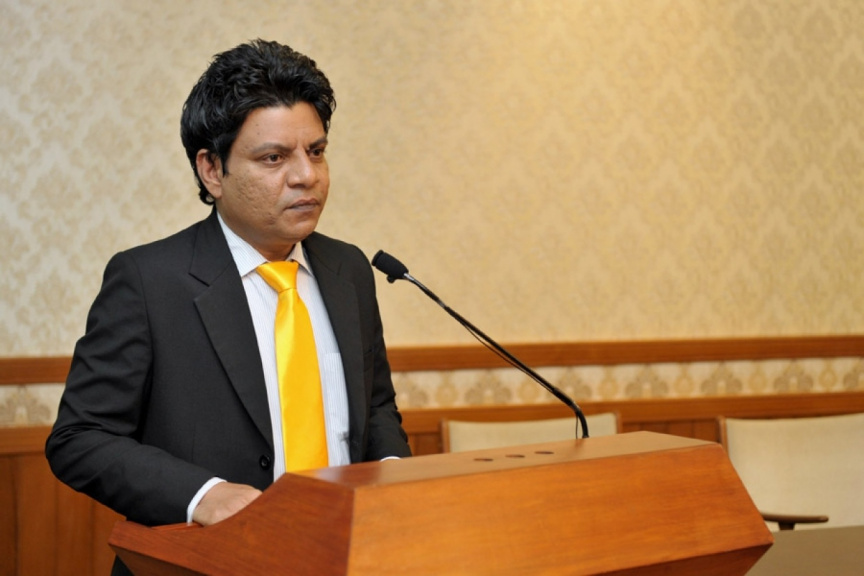 President Ibrahim Mohamed Solih has made the decision to issue Ibrahim Rasheed (Hoara Ibbe) – who was sentenced to 10 years in prison for engaging in sexual activities with a minor – a presidential pardon.

Hoara Ibbe, who served as Undersecretary at the President’s Office during former President Mohamed Nasheed’s administration, was sentenced to 10 years in prison by the Criminal Court on December 1, 2013.

Chief Communications Strategist at the President’s Office and Spokesperson of the President, Ibrahim Hoodh reported to ‘Sun’ this Tuesday that Solih made his decision based on a 2016 decision by Clemency Board to transfer Hoara Ibbe to house arrest.

Hoodh pointed out that the decision of the Clemency Board was not implemented by the previous administration.

He also did not say when Hoara Ibbe will be released.

Criminal Court, in 2013, found Hoara Ibbe guilty of engaging in sexual activities with a 17-year-old girl inside a room at G. Maavas, situated near Olympus Cinema, on the night of December 6, 2012.

Hoara Ibbe had pleaded not guilty to the charge, but the court found him guilty based on testimony provided by police officers involved in the operation on December 6, 2012, and collaborating video evidence.

The police officers testified to seeing Hoara Ibbe and the then-17-year-old girl in bed together.

Japan signs papers for a MVR 41M grant to Maldives