Klopp charged by FA for wild celebrations after late winner 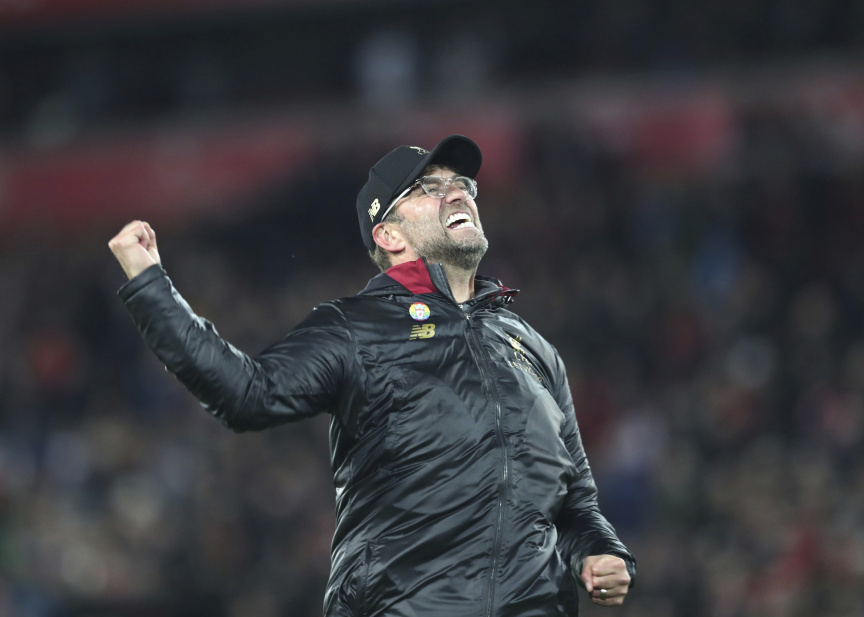 LONDON (AP) — Liverpool manager Juergen Klopp's wild celebrations after his team's injury-time winner in the Merseyside derby have earned him a charge by the English Football Association.

Klopp ran onto the field and jumped into the arms of Liverpool goalkeeper Alisson Becker after seeing Divock Origi score a goal in the sixth minute of stoppage time in a 1-0 victory at Anfield on Sunday.

The FA says Klopp has been charged with misconduct because of his misbehavior. He has until Thursday to respond.

Klopp said immediately after the match that he regretted his actions and had apologized to Everton manager Marco Silva.