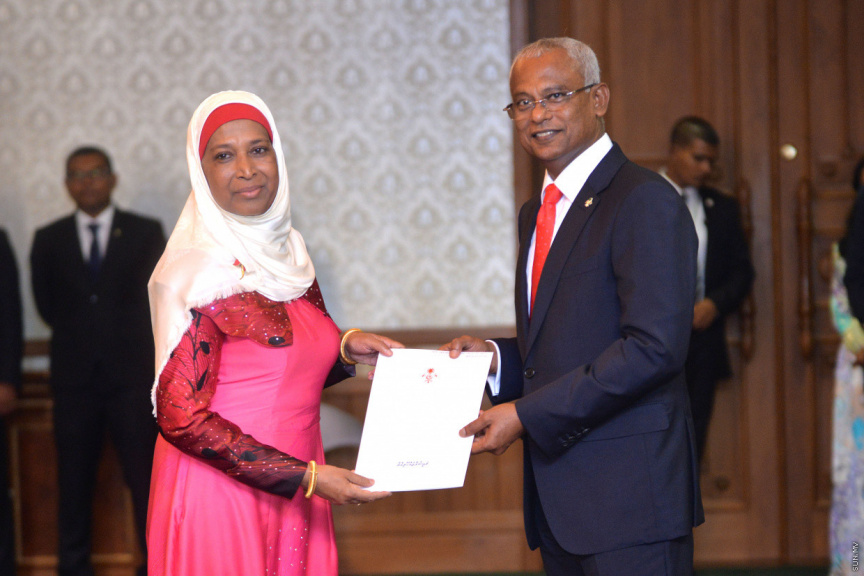 Government Oversight Committee of the Parliament has approved appointees to President Ibrahim Mohamed Solih’s Cabinet despite ongoing investigations into Minister of Tourism and Minister of Housing and Urban Planning by the Anti-Corruption Commission.

A report submitted by the ACC at the committee’s request this Monday revealed the commission has ongoing investigations into two Cabinet appointees.

Chair of the Government Oversight Committee, Vilufushi MP Riyaz Rasheed announced during a committee meeting this Monday that ACC has ongoing investigations into two of the Cabinet appointees, but did not name names.

Riyaz announced that despite the investigations, the two Cabinet appointees have not been found guilty of any wrongdoing.

“Sun” has been informed the two Cabinet appointees in question are Minister of Tourism Ali Waheed and Minister of Housing and Urban Planning Aminath Athifa Shukoor.

ACC was previously asked to investigate possible corruption is the decision by Ali Waheed to defect from Dhivehi Rayyithunge Party (DRP) to Maldivian Democratic Party (MDP).

The investigation against Athifa is unclear at this point.

Minister of Finance: State’s debt at USD 3.7B