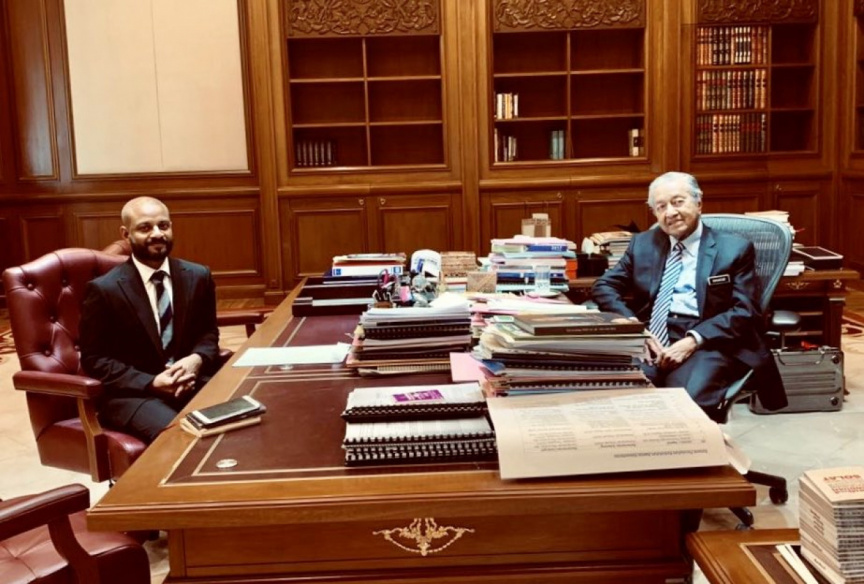 Faaris met one of the closest world leader to his father, the former President, Maumoon Abdul Gayoom, at the office of the Malayian Prime Minister today.

Tweeting a picture of the meeting, the former President of the Maldives thanked the Dr. Mahathir for giving an audience to his son.

Dr. Mahathir bin Mohamed first took served as the Prime Minister from 1981 to 2003. Upon the invitation from the Maldivian President, Dr. Mahathir attended the opening ceremony of the Islamic Center in the Maldivian capital.

The 93-year-old Dr. Mahathir was elected to office a second time after winning over then Prime Minister of Malaysia, Najib Razak, who was faced with alleged corruptions and other issues.