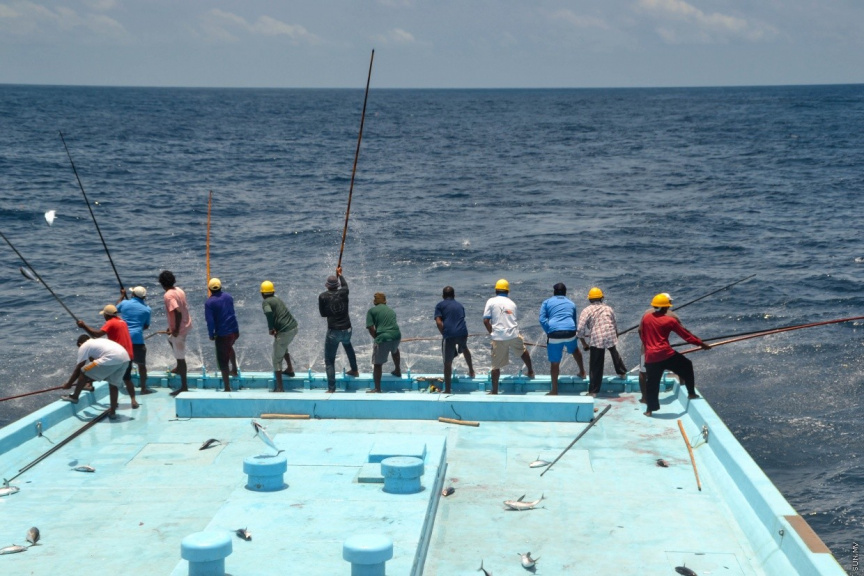 The government has given MVR 37 million in aid to the Maldives Industrial Fishing Company (MIFCO).

Speaking to PSM at Kooddo on her visit to the Gaafu Alifu atoll, Fisheries Minister, Zaha Waheed said that it is to complete the payments owed to the fishermen by MIFCO. Minister Zaha said that the money has been given to MIFCO on Wednesday.

The Fisheries Minister is currently in Genamafushi after visiting Villingili in the atoll.

Talking to the fishermen of Genamafushi today, Minister Zaha said that MIFCO has to improve their operations or the government would always have to pay.

While the government has given MVR 37 million to MIFCO, the company also received a loan of MVR 50 million in September from the government of President Abdulla Yameen Abdul Gayoom.

MIFCO has enough stock of fish cans to cater for demand

Solih: Water, sanitation to all islands within 3 years