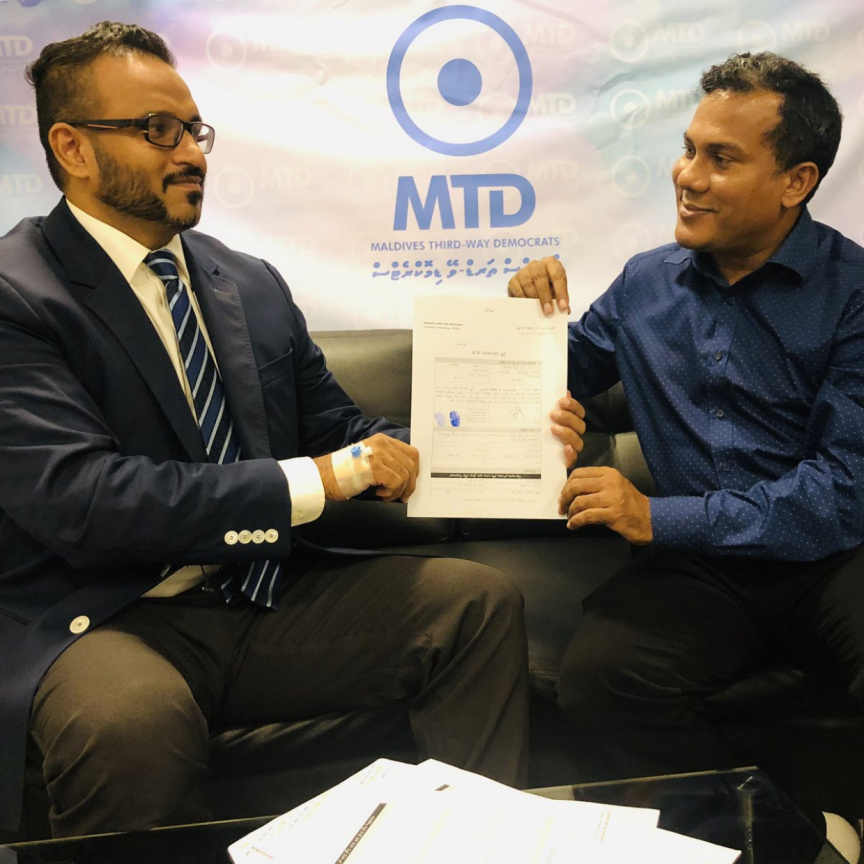 Mariyam Nashwa, the wife of the former Vice President, told Sun Media that Adheeb signed to the new party this evening.

The former Vice President was serving a 33-year prison sentence for his involvement in the explosion on board the Presidential Launch after being convicted of three different charges before being moved to house arrest last Tuesday.

Due to poor health, Adheeb had recently brought to Male’ City and had an emergency kidney surgery.

MTD registered as a political party