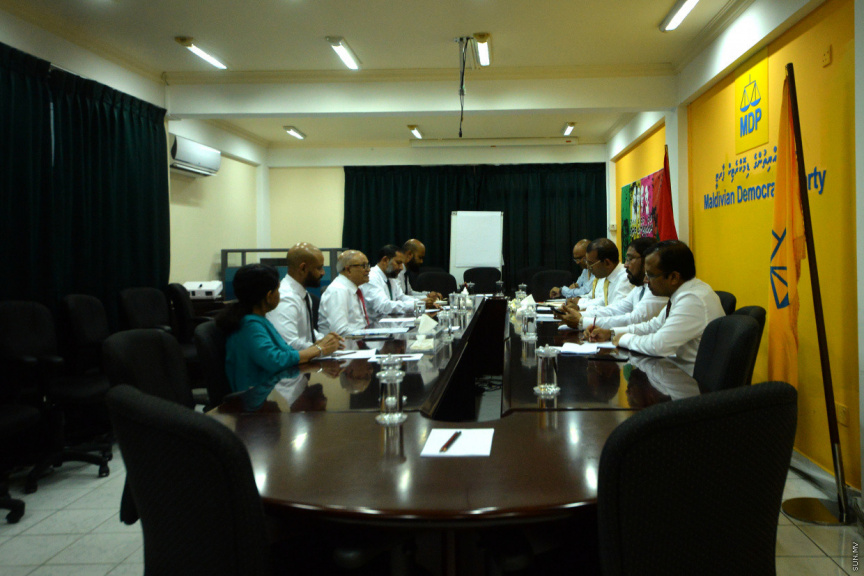 Leaders of government coalition convene to make a decision on Parliamentary Elections 2019 at the MDP headquarters on November 29, 2018. (Sun Photo/Ahmed Awshan Ilyas)

The four leaders of the government coalition have convened to negotiate and make a decision on how the coalition will approach the Parliamentary Elections 2019.

The meeting began at 10:15 this Thursday morning at the Maldivian Democratic Party (MDP) headquarters.

Nasheed started the negotiations by expressing the hope the leaders of the coalition will reach a decision regarding the parliamentary elections this Thursday.