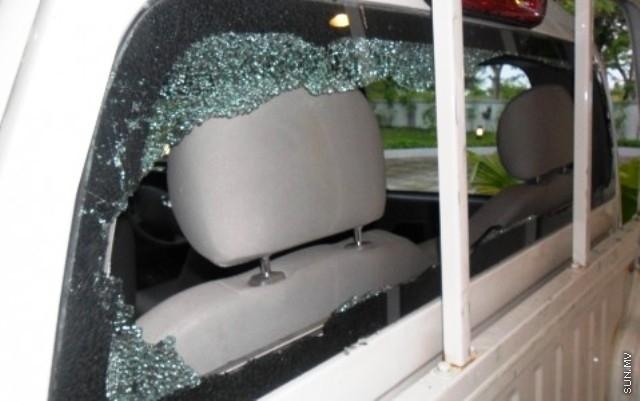 A group has broken the window of a Police jeep in Addu on the eve of Eid ul-Fitr, following delay by the Police to arrive at the scene of an accident.

Sun Online has been informed that the accident occurred at around 12:30 that night. A group of people hurled a stone and broke the rear window of a Police jeep, to protest against the delay by the Police to go to the accident location.

A Police Media Official said that Police were assisting the three people who were injured in the accident, when the stone hit the Police jeep.

No one has been arrested following this incident.

Audio leaked, of Nasheed saying that he was told by CMAG that the government was not changed through a coup