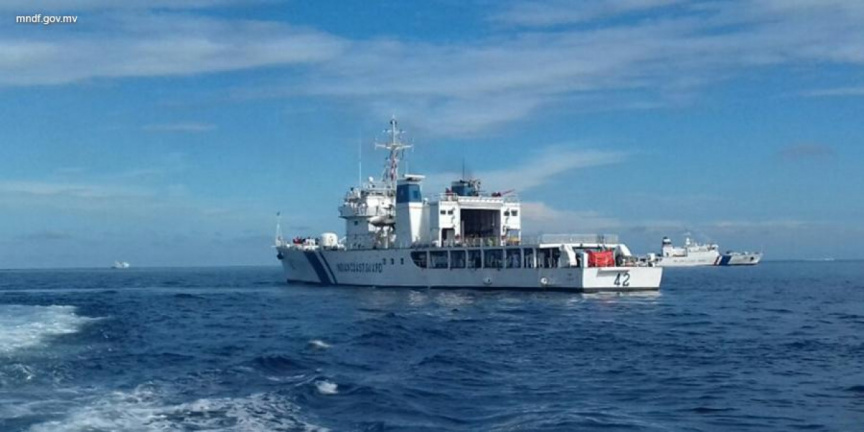 Coastguard reports Maldives is ready to host the trilateral joint navy exercise between Maldives, Sri Lanka and India – which is scheduled to commence next Monday.

Exercise Dosti is aimed at ensuring the safety and security of the Indian Ocean.

The trilateral navy exercise has been held every two years since 1992.

The inauguration of the 14th trilateral joint exercise, Dosti-14, will be held at the Islamic Center on Monday morning.

Speaking during a press conference this Sunday morning, Lieutenant Mohamed Saleem said the final planning conference for Exercise Dosti-14 will be held this Sunday and that navy ships from Sri Lanka and India have already arrived in Maldives for the exercise.

“Two Indian navy ships and one Sri Lankan navy ship has arrived in Maldives. An Indian navy helicopter and Dornier will also take part in this exercise. Huravi, which is now back in Maldives after repair will be used by the Maldivian navy,” said Mohamed Saleem.

Approximately 200 navy officers from the three countries will partake in the exercise, which will be held from November 26-28.

Aasandha services made available even on expired IDs