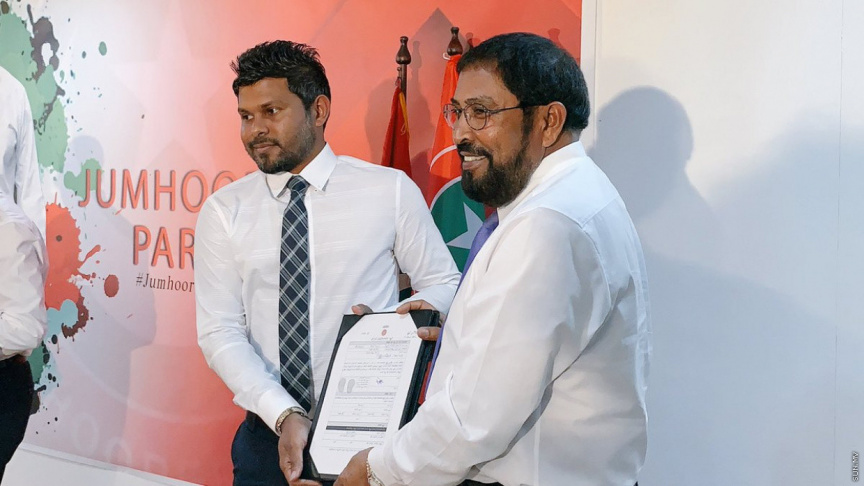 The two signed to JP at a special ceremony at the JP office at Kunooz this afternoon.

After the signing, MP Hussain said that JP is a party with strong, capable people and so joined the party after discussing with a lot of people.

Ilham said that he has kept connect with the party in the past and advised against the arrest of Qasim Ibrahim to President Abdulla Yameen.

While the two MPs signed to JP today, the MP for Madaveli constituency, Muaz Mohamed Rasheed has also signed to the party recently along with the former Defence Minister, Colonel-retired Nazim, and the former MP for Feydhoo constituency, Alhan Fahumee.