First Lady Fazna: I prefer not to be called Madam or Maha Rehendhi 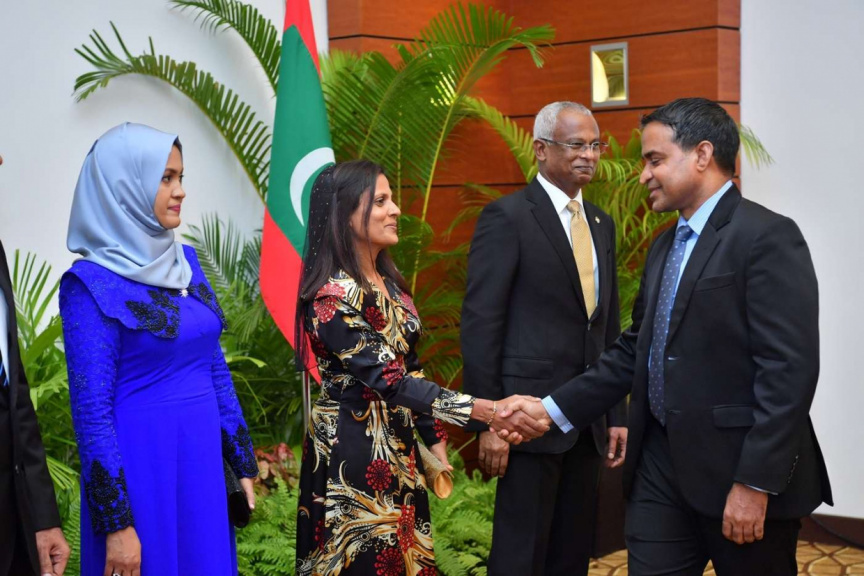 Respect doesn’t come from a title attached to one’s name, says First Lady Fazna Ahmed, appealing to the public to address her by her name.

During an interview to RaajjeTV, Fazna, spouse of newly inaugurated Maldivian President Ibrahim Mohamed Solih, said she desired the people of Maldives to like her for simply being ‘her’.

She said she prefers not to be addressed with titles such as “madam” or “maha rehendhi”.

“Its fine if you call me Fazna or Fazu. You don’t need to address me with titles such as madam or maha rehendhi. In fact, I would prefer you don’t,” said Fazna.

“Most people call me Fazu. I don’t believe respect comes with a title attached to one’s name.”

Fazna’s predecessor, former First Lady Fathimath Ibrahim was an active participant in her husband – former President Abdulla Yameen Abdul Gayoom’s political activities – and was often referred to as “maha rehendhi” and other such titles by her supporters.

The new First Lady says she does not want to get into politics.

First Lady is not an official State position, and has no official responsibilities or duties attached to it.

“Don’t put me in the middle of State affairs. It’s not right in any case. Being put in that situation will be difficult for me,” said Fazna.

Fazna, said that she will, however, always be open to the public.

“I don’t refrain from replying to people who message me on my phone. I may miss a phone call. But I try to return the call even if I’m unable to do so immediately. Even if it’s a stranger,” said Fazna.

Fazna has a background in the field of education and has served as both teacher and principle at several schools.