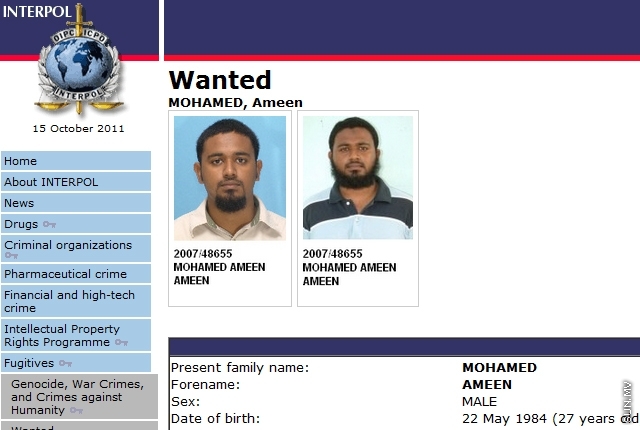 One of the 2007 Sultan Park bombing suspects was arrested in Sri Lanka on Thursday.

According to Sri Lankan newspapers, the suspect, Mohamed Ameen was arrested as he tried to enter Sri Lanka using a fake passport. It also confirmed that his captive period had been extended for two weeks by a Lankan Court. Ameen had in his possession two passports, Maldivian and a Pakistani, when he was arrested.

Maldives Police Services has also confirmed that Ameen is currently in the custody of the Sri Lankan Police. Police Media official Ahmed Shiyam said today that Ameen had a fake passport in his possession when he was arrested.

Mohamed Ameen is among the suspects who have been in the Police wanted list. He fled the country after tge Sultan Park bombing attack. Interpol has issued a red notice for information about Mohamed Ameen and the other suspects involved in the bombing incident.

PPM does not belong to anyone in particular: Maumoon