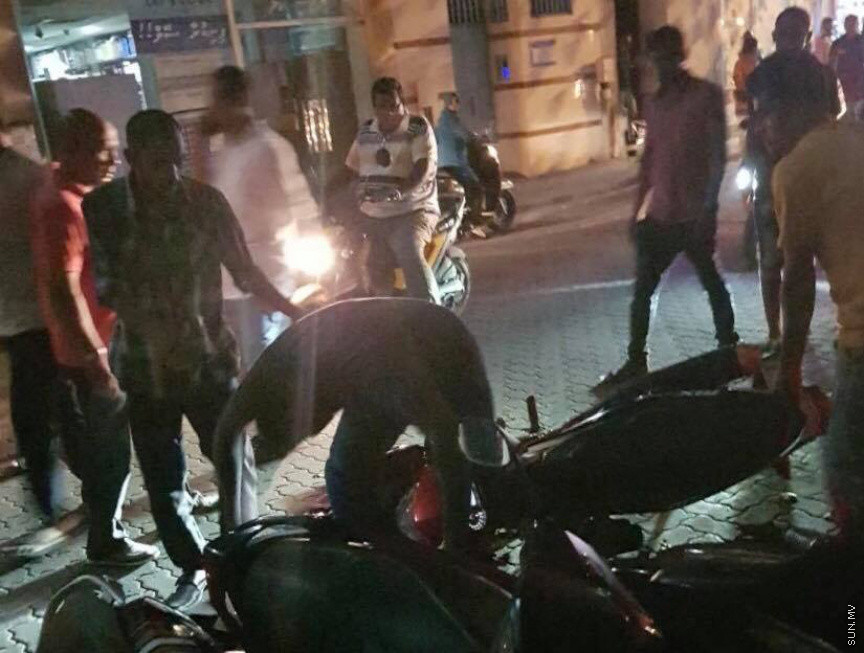 Two people injured in the accident which took place in Male’ City last Friday evening have been discharged after treatment at the ADK Hopsital.

The accident took place in front of the Maldivian Democratic Party (MD) headquarters located on Sosun Magu at approximately 6:30 pm.

The accident took place when one motorcycle going at high speed lost control and crashed into another motorcycle.

Two people were taken to the ADK Hospital with head injuries. They were unconscious when taken to the hospital.

The accident also caused damage to motorcycles parked in the area.

Managing Director of ADK Hospital, Ahmed Affaal said none of the two people suffered any serious injuries. And were discharged after treatment last Friday night.