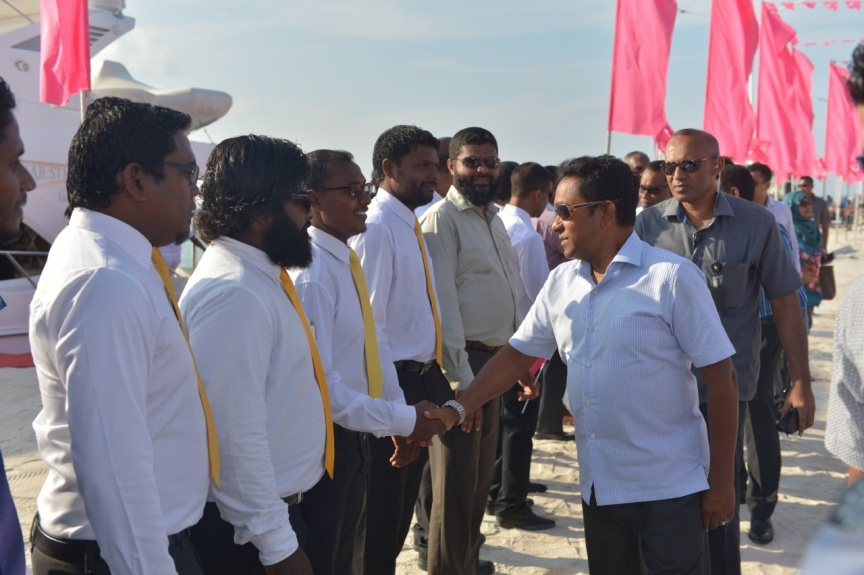 The President's first stop tomorrow afternoon is going to be Nolhivaramfaru to officially open the island's harbor, completed late last year, and meet the people of the island.

After that, the President is going to visit Kulhudhuffushi take part in the completion ceremony of the beach protection project and the road development project.

The President is set to return to the capital the next day. President Yameen is being accompanied by state some of the state ministers and PPM officials on the his visit.

While the President is set to visit two islands in the Haa Dhaalu atoll, the airport being developed in Kulhudhuffushi is said to be completed by the end of this August when the project was inaugurated last November.

However the project is yet to be completed due to delays and opposition obstructions according to the President.