Maldivians affected by Kerela floods relocated to a safe area 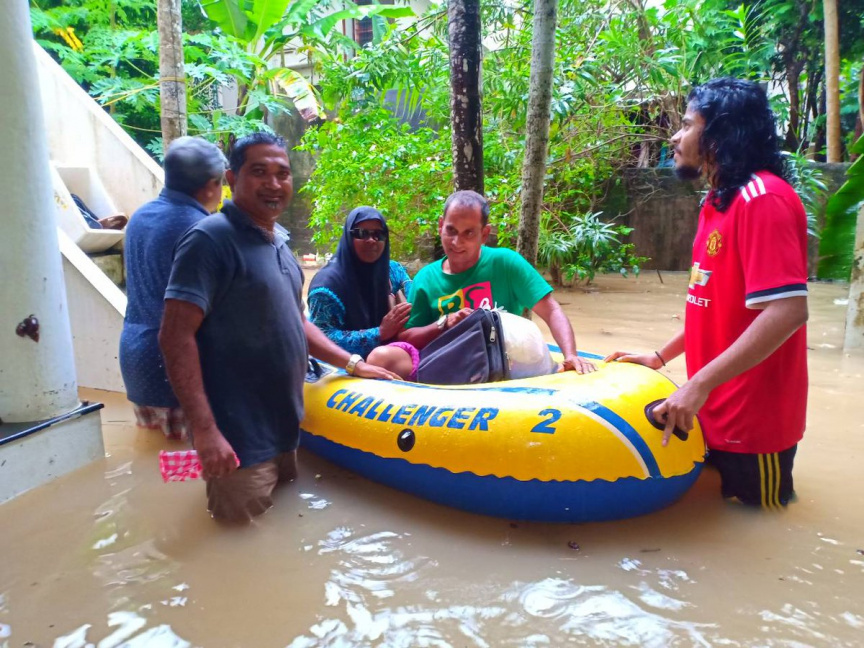 Maldivian family living in Trivandrum being relocated to a safer area on August 16, 2018. (Photo/Maldivian Consulate at Trivandrum)

The Maldivians affected by flooding in the Indian state of Kerela have been relocated to a safe area.

Four Maldivian families living in the capital of Kerela, Trivandrum were affected by flooding after a river in the city overflowed due to heavy monsoon rain.

Maldivian Consulate at Trivandrum tweeted this Thursday that the Maldivians affected by flooding have been moved to a safe area, and that the Consulate was keeping a close eye on their welfare. The Consulate said heavy rain is expected continue this Thursday.

Deputy Consulate at Embassy of Maldives in India, Jaadhulla Thaufeeq reported to “Sun” that four Maldivian families have been affected by flooding. He said last Wednesday that the ground floor of their residences have been flooded, and that they have moved up to the first floor to escape the flooding.

67 people have died in the heavy rain, landslides and floods affecting Kerala.

Red alert has been issued at 14 districts of Kerala, and the Cochin Airport will remain closed until Saturday.

Chief Minister of Kerala, Pinarayi Vijayan reports it’s the worst damage from monsoon rain to hit the state since the floods of 1924.