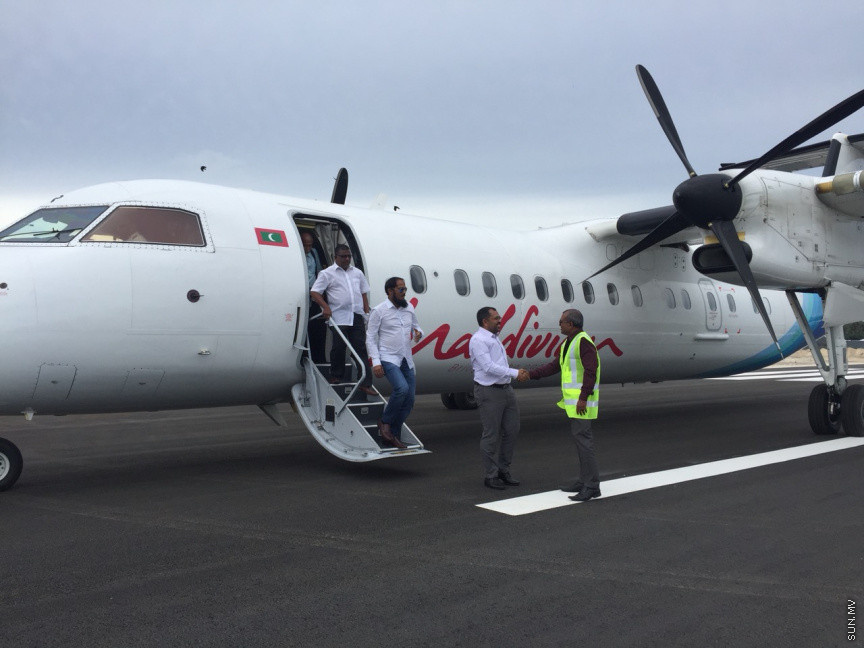 Test fights have been begun the newly developed airport in Noonu atoll Maafaru.

Maafaru airport was developed with USD 60 million from the Abu Dhabi fund and contracted to Singapore's Top of Show company.

On the flight, the Minister of Tourism, Moosa Zameer and the MP for Kendhikulhudhoo, Ali Mauroof also arrived in Maafaru.

Maafaru Airport is developed with a 2.2 kilometer runway capable of accommodating the biggest commercial planes, the A320 and the Boeing 737.

The Maafaru Airport in designed to be an international airport and has a city hotel as well.

Renovations lead councilors to move to islands for work

'It would be another free, fair election'