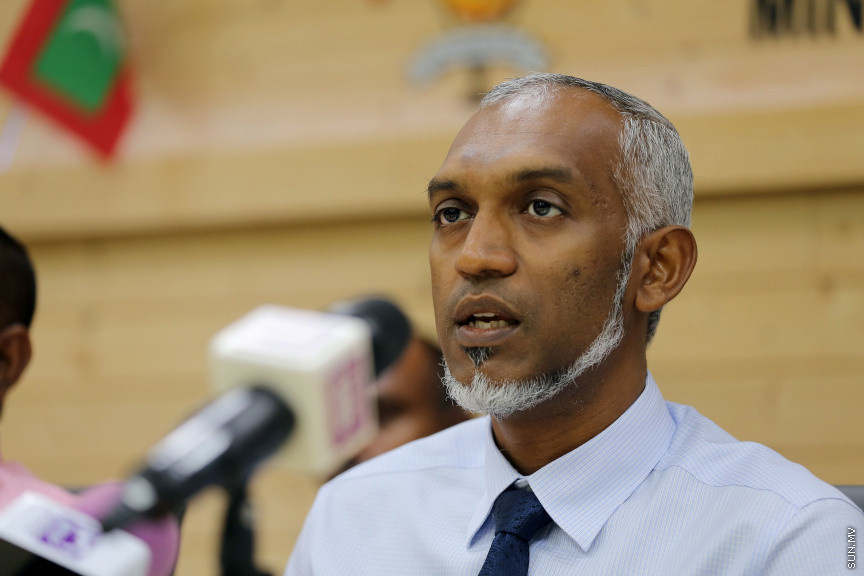 Application form issuance has begun for the Hiyaa Accomplished Housing Project, a social housing project which aims to provide land and housing units to 300,000 people.

The decision to develop Vilimale’ – 2 under the Hiyaa Accomplished Project was announced by President Abdulla Yameen Abdul Gayoom during the Independence Day function last July.

Muizzu said land will be reclaimed from Fushidhiggaru Falhu in four phases, based on the number of applications.

Any Maldivian over the age of 18 years who does not have a 1,000-square-foot flat or land to his/her name is eligible to apply for housing under the new project.

“This project will ensure housing to everyone who is 18 years by 2030,” said Muizzu.

He said the project will be launched at the beginning of the next presidential term, adding that the area from Thilafushi to Hulhumale’ – 2 will be connected via four bridges under the Hiyaa Accomplished Project.

Application for the Hiyaa Project will close on August 31.