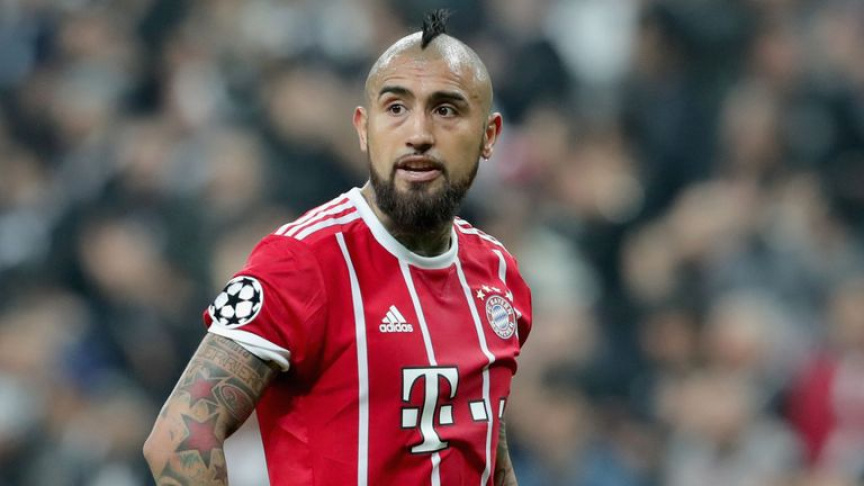 Vidal will sign a three-year contract at the Nou Camp subject to a medical in the next few days, the Spanish league champion said in a statement on Friday.

The 31-year-old player joined Bayern from Juventus in 2015, and won the Bundesliga title in each of his three seasons in Bavaria.

Neither club has announced a transfer fee for Vidal, who was under contract at Bayern until next June, but media reports in Spain said Barca would pay around 20 million euros ($23 million).

"Thanks to FC Bayern and all the fans," Vidal said. "I really enjoyed my time in Munich. I would like to thank the club for giving me another chance to take on a new challenge in Barcelona."

Vidal, who also had a spell with Chilean club Colo Colo, was one of his country's key players when it won the Copa America in 2015 and 2016.

He was in the Chile team that finished runner-up in last year's Confederations Cup in Russia.

The 19-year-old right back played in all three of Senegal's games at the 2018 World Cup, and his goal in the 2-2 draw with Japan saw him become the youngest African goalscorer in finals history.

Barca has already signed Arthur, Malcom and Clement Lenglet this close-season, while Andres Iniesta, Paulinho, Lucas Digne and Gerard Deulofeu are among those who have left.