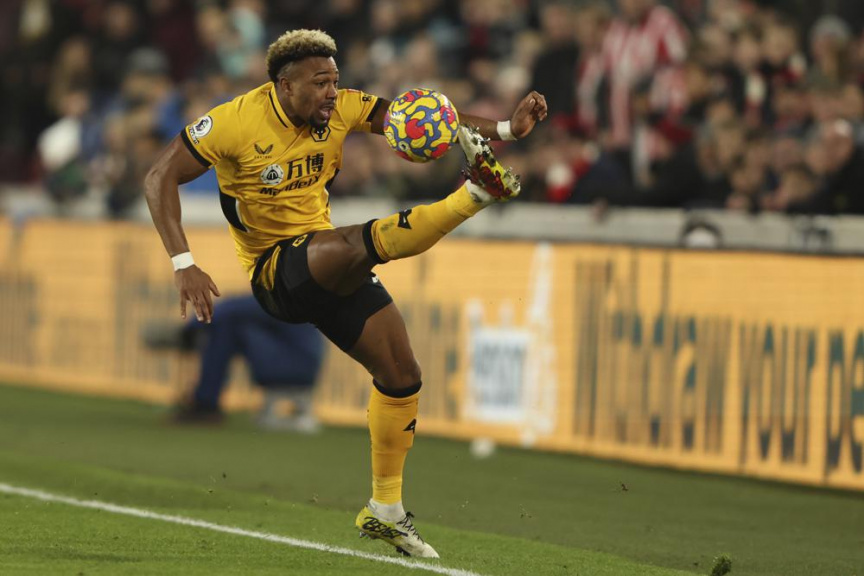 BARCELONA, Spain (AP) — Adama Traoré is returning to Barcelona on loan from Wolverhampton until the end of the season, the Spanish club said Saturday.

Barcelona said it will pay for the winger’s salary and there will be an option to make the deal permanent.

The conditions for any permanent deal were not immediately disclosed, though Wolverhampton technical director Scott Sellars said the Premier League club had secured “a very healthy option in the deal should Barcelona wish to make the move permanent this summer.”

The 26-year-old Spain international came through Barcelona’s youth squads and debuted with the first team in 2013 at age 17. Traoré moved to Aston Villa in 2015 and also played with Middlesbrough before joining Wolverhampton in 2018.

“Adama has always acted with the utmost professionalism, however it is no secret that we have not been able to agree a new contract with him, despite protracted negotiations, and his desire at the moment is to play football elsewhere,” Sellars said. “Everyone knows Barcelona is a city, and club, very close to Adama’s heart, so it is a dream move for him.”

Traoré’s contract with Wolverhampton runs until the summer of 2023.

Barcelona said the player’s presentation will be made on Wednesday behind closed doors.

Matt Turner to transfer to Arsenal from New England