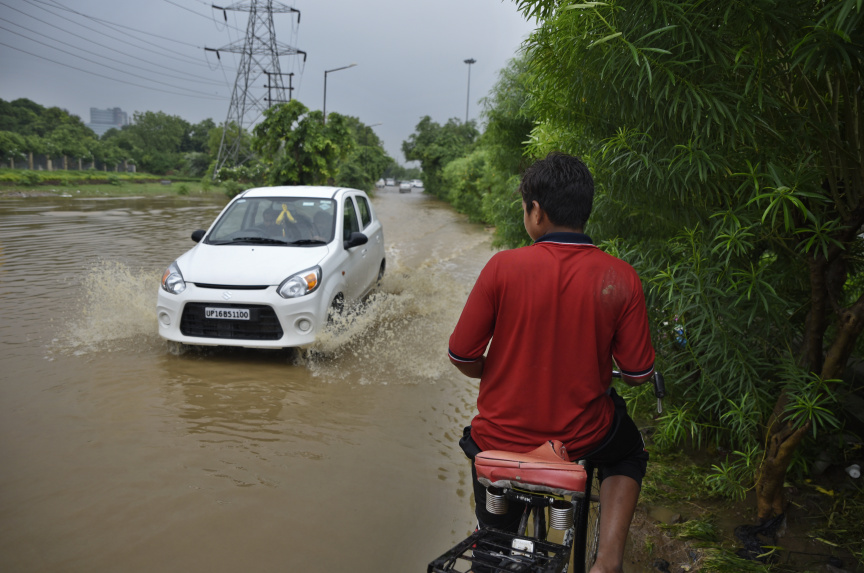 An Indian youth on a bicycle waits for a car to pass as he negotiates his way through a flooded road following monsoon rains in Greater Noida, India, Friday, July 27, 2018. India gets its annual monsoon rains from June to September. (AP Photo/R S Iyer)

Weather officials have predicted more rains in the next 48 hours in India's most populous state of Uttar Pradesh.

The deaths have occurred since Thursday night, said government spokesman Awanish Awasthi. Most of the victims died on Friday in Agra, the northern city where the white marble Taj Mahal is located, including four members of a family whose house collapsed, he said.

Rains also damaged an outer boundary wall of the 16th century Fatehpur Sikri fort, west of Agra. However, there was no damage to the main monument, said another official, P.K. Singh.

Singh said authorities closed schools on Saturday in the area as the weather department issued an alert for more rains.