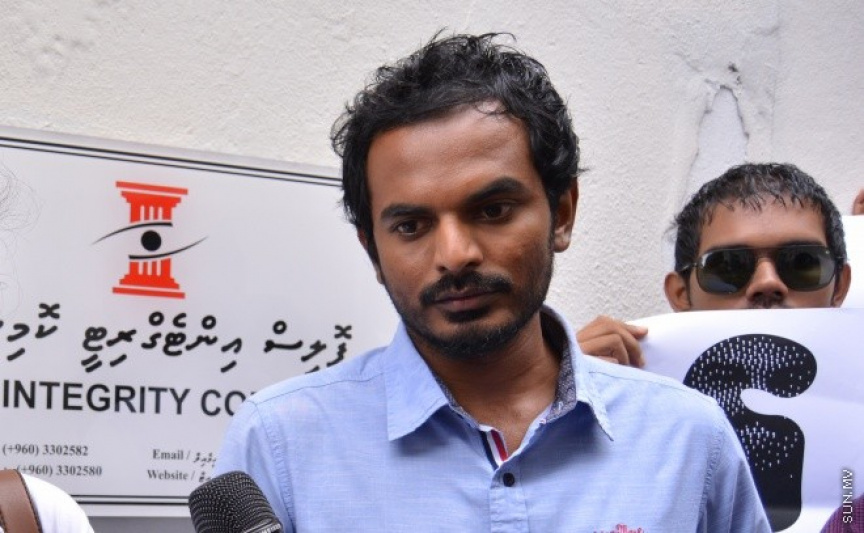 Moosa Rilwan: The brother of Ahmed Rilwan, who has been missing since August 8, 2014. (File Photo/Sun)

The brother of missing journalist Ahmed Rilwan, Moosa Rilwan has testified that he had never entered, nor seen the car from which the police discovered the strand of hair which tested positive for their mother’s DNA.

Rilwan was last seen in the early hours of August 8, 2014 and is believed to have been abducted.

Rilwan’s brother, Moosa Rilwan’s testimony was taken by Criminal Court this Thursday via Skype from Malaysia. It’s the first time for Skype to be used in a Maldivian court for testimony from a witness abroad.

Speaking via Skype from the Maldivian Embassy in Malaysia, Moosa Rilwan said he has been residing in Malaysia since 2016. He said he never used cars for transportation when he lived in Maldives and used motorcycles instead.

State prosecutors showed Moosa Rilwan a photograph of the car from which the DNA evidence was found, and asked Moosa Rilwan if he’d ever seen the car before.

Moosa Rilwan said he had never seen the car before.

The two defendants in the case; Ahmed Aalif Rauf from H. Hilton in Male’ City and Mohamed Nooruddin from Karankaage in G. Dh. Vaadhoo were present at the hearing without attorneys. Both defendants declined the opportunity to cross examine the witness.

The judge announced the end of witness testimony, and said both sides will need to present their closing statements at the next hearing.

Both the State prosecution and the defendants requested one week to prepare the closing statements, which has been granted by the judge.