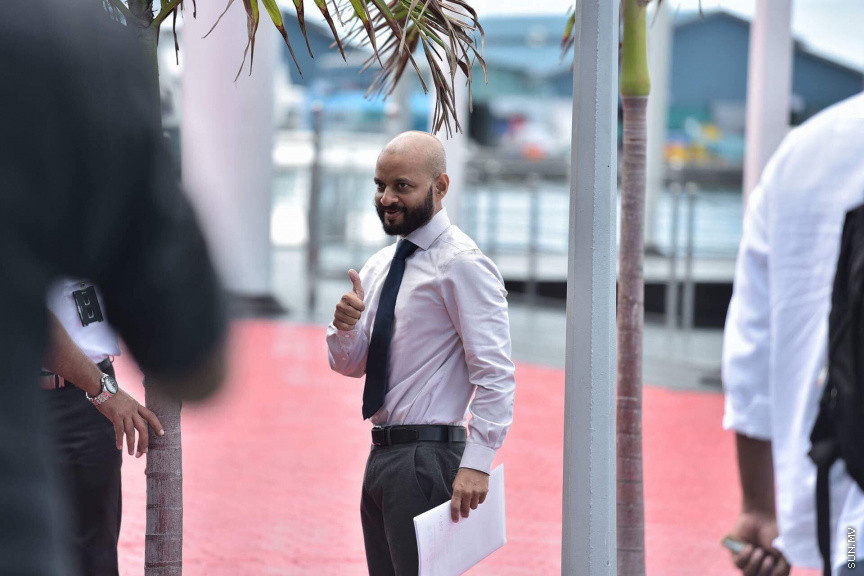 Dhiggaru MP Ahmed Faris Maumoon gestures as he is transported to Male' City for a court appearance. (File Photo/Sun/Fayaz Moosa)

The hearing scheduled at Criminal Court for this Tuesday, in Dhiggaru MP Ahmed Faris Maumoon’s terrorism trial, has been cancelled.

Criminal Court has not provided any specific reason for the cancellation.

During the last preliminary hearing held in the trial, Faris plead “not guilty” to the charge, and said the accusation was something “made up by someone in a dream”.

He also said there were some factors surrounding the charge he is unclear with.

If found guilty of terrorism, he will be sentenced to up to 17 years in prison and will lose his parliamentary seat.