Monday’s Majlis sitting unable to commence over lack of quorum 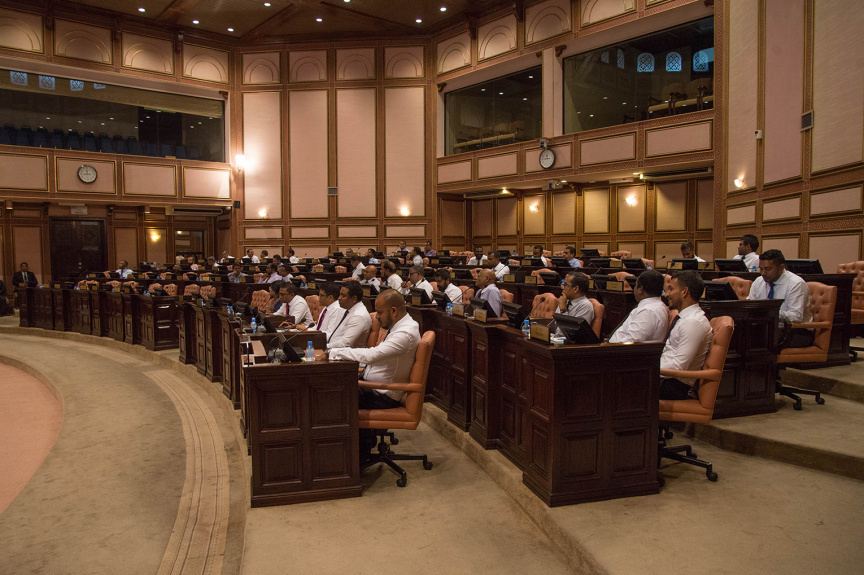 The People’s Majlis sitting scheduled for this Monday has been delayed over lack of quorum.

This Monday’s sitting was originally scheduled to begin at 9 am.

Maldivian Constitution dictates that at least 25 percent of the total number of lawmakers need to be present in order for a Majlis sitting to be carried out. But only 21 lawmakers were present at 9 am this Monday.

Speaker of People’s Majlis, MP Abdulla Maseeh Mohamed waited for 30 minutes inside the Majlis Chamber for the necessary number of lawmakers to attend the sitting.

He then announced the sitting has been postponed to 11 am, and left the Chamber.

Lawmakers are scheduled to vote on appointing a Secretary-General to the Majlis, and debate on an amendment to Prison Parole Act this Monday.

Shaheem: Confident of a decisive majority at Elections