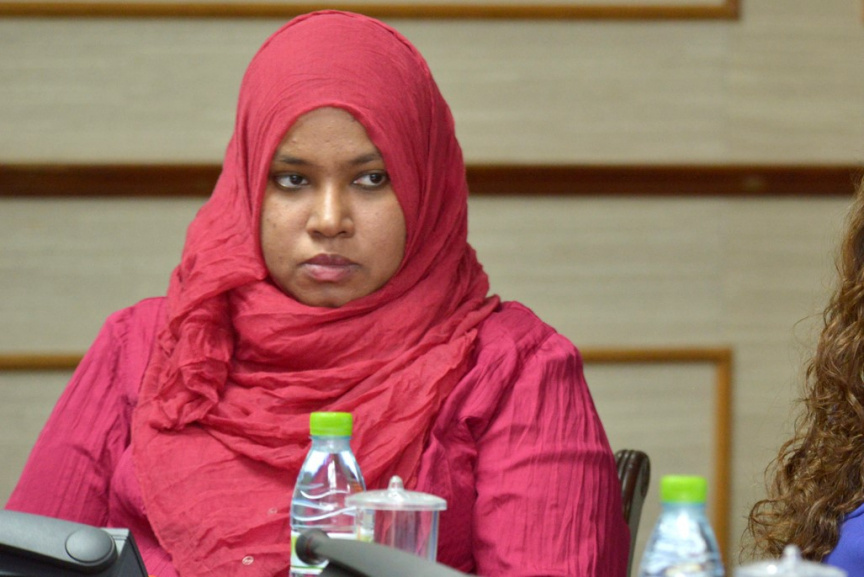 Niusha was the only person to apply for the post within the deadline. And her details have now been published on the People’s Majlis website.

Niusha has been working as the DSG of People’s Majlis since 2012, having spent the four years prior to that serving as the Majlis’ Legal Counsel.

The Majlis is set to decide the appointment of a new SG to the Majlis during the sitting this Monday morning. The sitting, which was scheduled to start at 9 am has been postponed to 11 am.

The Majlis announced vacancy for a SG on June 12. The post has been vacant since the resignation of former SG Ahmed Mohamed in February, 2018.

Conditions for a SG include higher education in law and minimum age of 25 years.

Majlis sitting unable to commence over lack of quorum