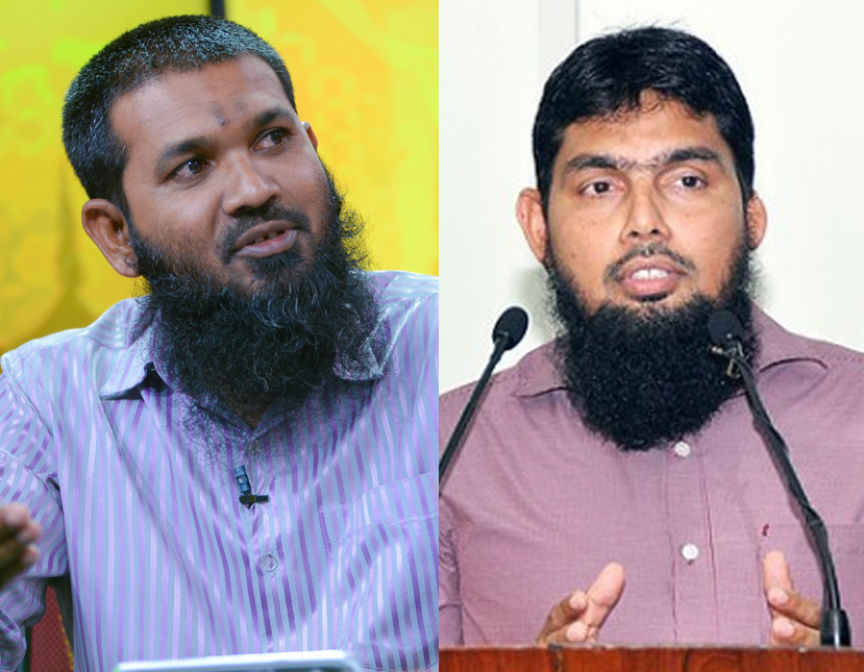 Both Sheikh Zahir and Sheikh Sameer have expressed their support for Dr. Shaheem in social media posts.

Sheikh Sameer also congratulated Dr. Shaheem on Twitter. He said that Dr. Shaheem consulted with him after he was nominated as Yameen’s running mate. And that he had encouraged Dr. Shaheem to accept the offer by considering it his duty to Maldives and the religion of Islam.

Meanwhile, Dr. Shaheem made a tweet expressing support for Yameen, and asking that everyone stand behind Yameen.

“I appeal to all Maldivian citizens; scholars, the youth and the women to all unite and stand behind President Yameen and ensure he wins the election in one round,” tweeted Dr. Shaheem.

Speaking at the press conference, deputy leader of PPM, MP Abdul Raheem Abdulla said the PPM’s presidential candidate’s running mate is someone who doesn’t have one speck of dirt on him.

Abdul Raheem said Dr. Shaheem has resigned from his post as Chancellor at Maldives Islamic University, and will embark on a tour of all inhabited islands in Maldives to campaign for Yameen’s re-election.

Dr. Shaheem, who knows the Holy Quran by heart, is one of the country’s leading Islamic scholars.

MDA: Dr. Shaheem is a suitable running mate for Yameen