President: Will continue to take loans to provide public services 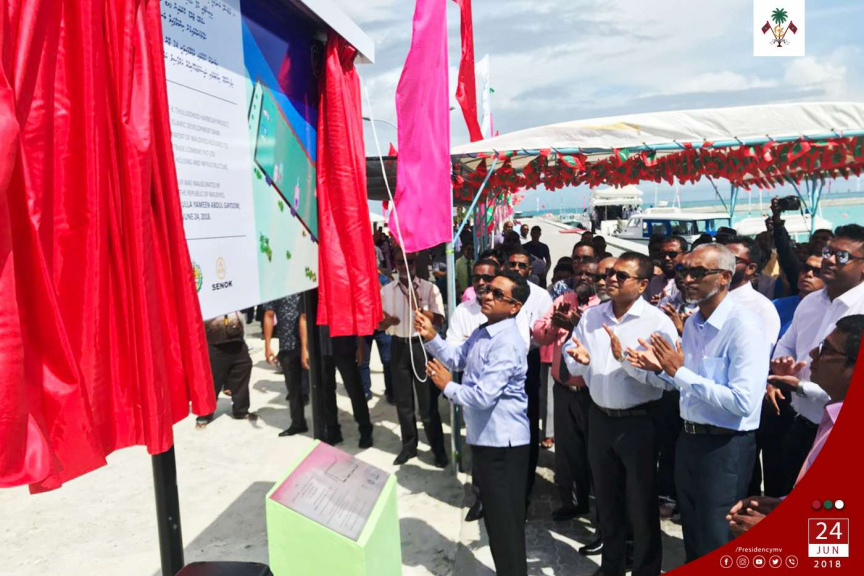 Addressing the people of K. Thulusdhoo after the function held to inaugurate the island’s harbor this Sunday morning, Yameen said one of the biggest questions directed at his government is on the national debt.

He said that many people ask him how he plans on settling the national debt.

“Every day that goes by is a day that’s lost. Every year that’s lost is five years which puts us further away from development and our hopes and dreams. So we need increase income, and find ways to increase income while we have the time to accomplish all this,” said Yameen.

He said that if the development projects can’t be funded from the State budget, then his government will ensure its done even if it has to take loans in order to do so.

Yameen said his development projects can be seen from across the country. And provided assurance he will continue to develop Maldives.

He said statements by his presidential rivals that they see no way to settle the national debt is confession of their inadequacy to assume office.

Yameen said the events on and following the Supreme Court order on February 1 causes hindrances to his speedy development projects, but that the ‘stormy weather has passed and the sun is shining once more.”