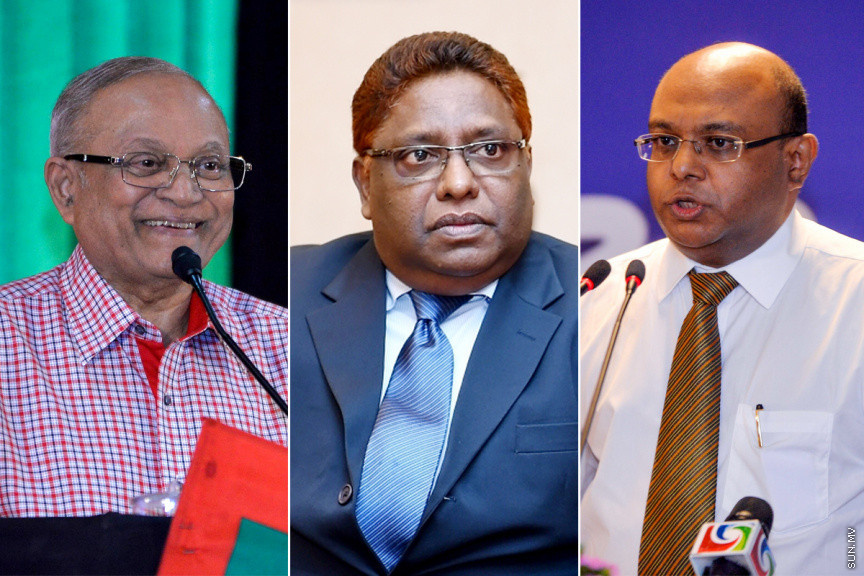 The hearing in the obstruction case against former Maldivian President Maumoon Abdul Gayoom, Chief Justice Abdulla Saeed and Supreme Court Judge Ali Hameed, scheduled at the Criminal Court for this Tuesday has been cancelled.

Maumoon, Abdulla Saeed and Ali Hameed were charged with obstruction of justice for refusing to surrender their mobile phones to the police.

Criminal Court had scheduled a hearing in the case for 11 pm, this Tuesday. The court has not disclosed a reason for the cancellation.

At the last hearing in the case, the court heard witness testimony from 5 State witnesses. And Judge Hassan Najeeb made the decision not to hear testimony from witnesses put forward by the defense.

Maumoon, Abdulla Saeed and Ali Hameed – who don’t have an attorney representing them at the trial, have stated they want to proceed with the trial with legal representation.