Former Block no. 1 converted in to a jail 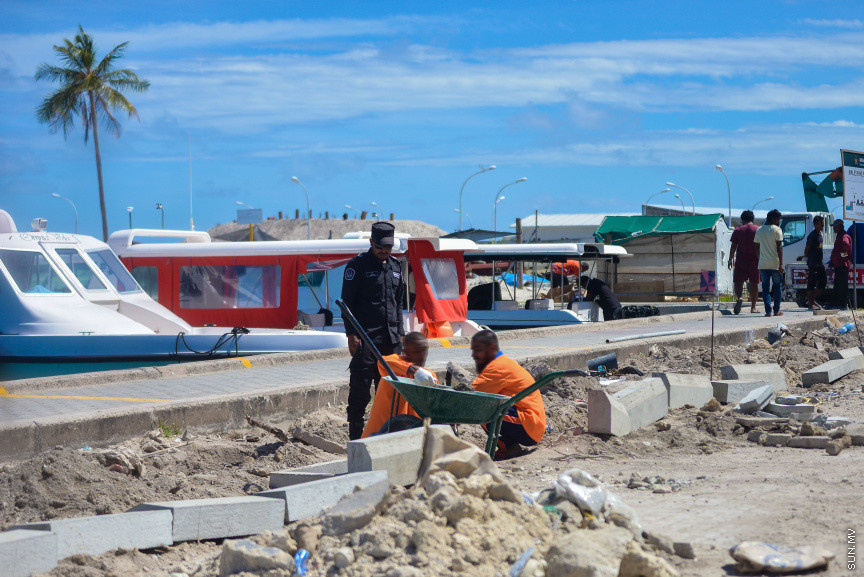 Inmates working on the development of the road leading up to the China-Maldives Friendship Bridge. (Sun Photo/Mohamed Afrah)

The former no. 1 Block in Male' City has been converted in to a jail.

An announcement made by the Home Ministry said that under Article 3-A of the Law of Prisons and Paroles, starting from 6 June, the land has been converted to a jail. The inmates at the jail is going to be those who selected to work in the ring road project.

Home Minister, Azleen Ahmed has said that disciplined inmates have been brought to work on the roads that are connecting to the China-Maldives Friendship Bridge. The Minister said that the inmates are paid for their work.

Spokesperson of the Maldives Correctional Service, Senior Prison Officer Lugman told Sun Media that the number of inmates were brought to join the road development project starting from yesterday.

The jail is going to be maintained by the Correctional Service.

Warning issued against surfing near the bridge