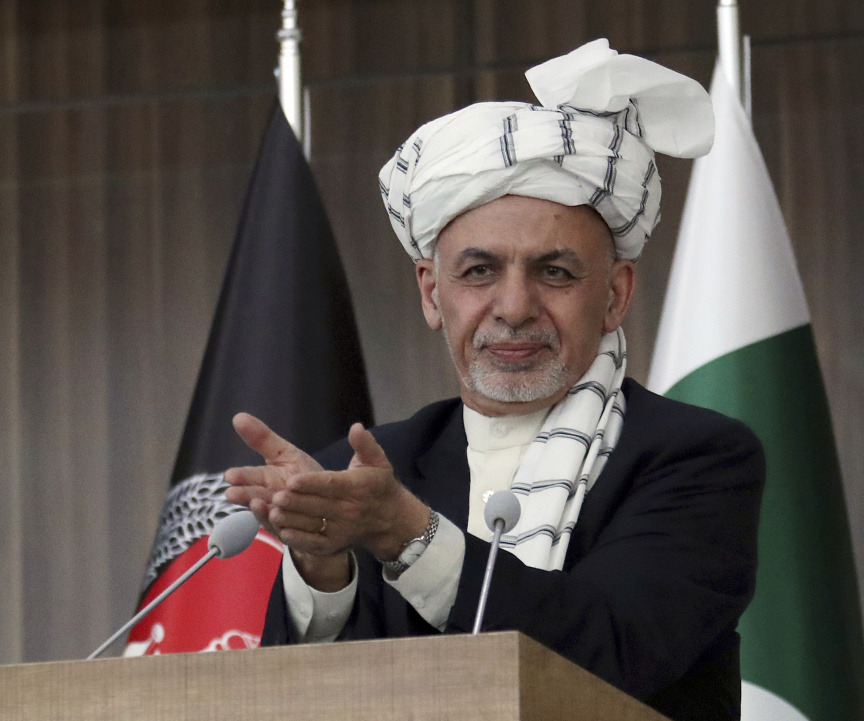 KABUL, Afghanistan (AP) — The Afghan Taliban announced a three-day cease-fire over the Eid al-Fitr holiday at the end of the holy month of Ramadan, a first for the group, following an earlier cease-fire announcement by the government.

A statement released Saturday by the Taliban said that they would defend themselves in case of any attack. They say foreign forces are excluded from the cease-fire and Taliban operations would continue against them.

The statement added that the leadership of the Taliban may also consider releasing prisoners of war, if they promise not to return to the battlefield.

Afghan President Ashraf Ghani on Thursday announced a weeklong cease-fire with the Taliban to coincide with the holiday.

A statement sent from the president's office on Thursday said the government's cease-fire will begin on 27 Ramadan, or June 12 on the Western calendar, and last through the Eid al-Fitr holiday, until around June 19, adding the cease-fire does not include al-Qaida or the Islamic State group.

The palace statement referred to a gathering of Afghanistan's top clerics last week in which they issued a decree against suicide attacks and called for peace talks. A suicide bomber struck just outside the gathering as it was dispersing, killing at least seven people and wounding 20 in an attack claimed by the Islamic State group.

The Taliban had denounced the gathering, insisting that its jihad, or holy war, against foreign invaders was justified. It instead urged the clerics to side with it against the "occupation."

The U.S. and NATO formally concluded their combat mission in Afghanistan in 2014, but the U.S. still has thousands of forces based there in a support and counterterrorism role. The Trump administration has sent additional troops to try to change the course of America's longest war.

Just hours before the Taliban's Saturday announcement, at least 17 soldiers were killed when their checkpoint came under attack by Taliban insurgents in western Herat province, said Gelani Farhad, spokesman for the provincial governor.

Farhad said one soldier was wounded. He added that eight insurgents were killed and more than a dozen others were wounded during the gun battle in Zewal district.

In northern Kunduz province at least 13 local policemen were killed early Saturday when their checkpoint came under an attack by Taliban fighters, said Nematullah Temori, spokesman for the provincial governor.

Temori said that seven others were wounded in Qala-e Zal district. Around 10 insurgents were also killed and nine others wounded during the battle, he said.