Moon-sighting for Eid al-Fitr on June 13 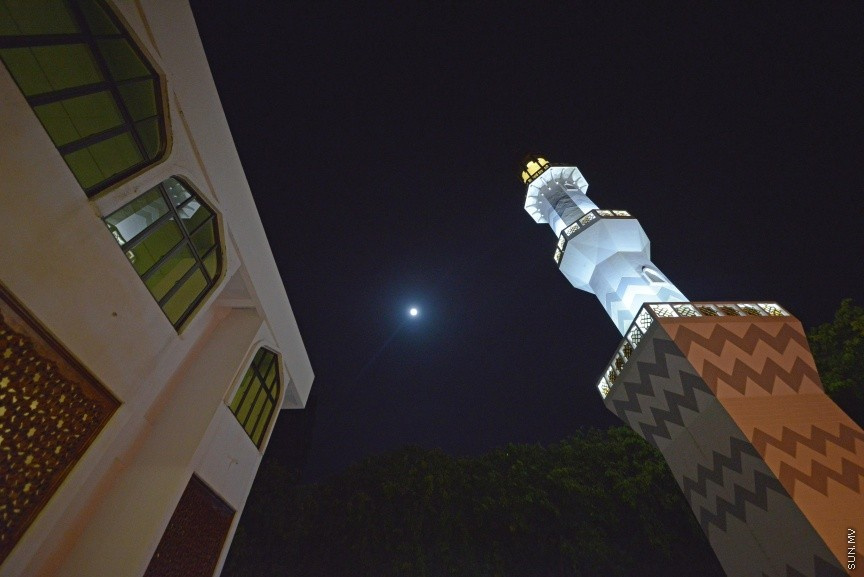 The moon is seen in the background in a picture of the Islamic Center in Male' City. (File Photo/Sun/Fayaz Moosa)

Moon-sighting to determine the Eid al-Fitr, marking the end of Ramadan and the beginning of Shawwal, will be carried out on June 13, says Department of Judicial Administration (DJA).

DJA announced in a statement that the department, magistrate courts, city councils, atoll councils, island councils and district officers will remain open from 5:30 pm on June 13 (Ramadan 29) until a decision is made.

The DJA urged anyone who views the new moon for Shawwal to present himself to the DJA (if in Male’ City) or a magistrate court or island council or district office (if in atolls) and share the information as soon as possible.

Sunday, May 24 declared as Eid al-Fitr

AV room and science lab being built at Thuraakunu Schoo